Scholars at Risk is pleased to announce the release of Free to Think, a report analyzing more than 240 incidents of attacks on scholars, students and other members of higher education communities in 65 countries between January 2011 and May 2015. The types of attacks include killings, violence and disappearances; false imprisonment and wrongful prosecution; loss of position and expulsion from study; restrictions on travel; and other attacks that significantly impair higher education. 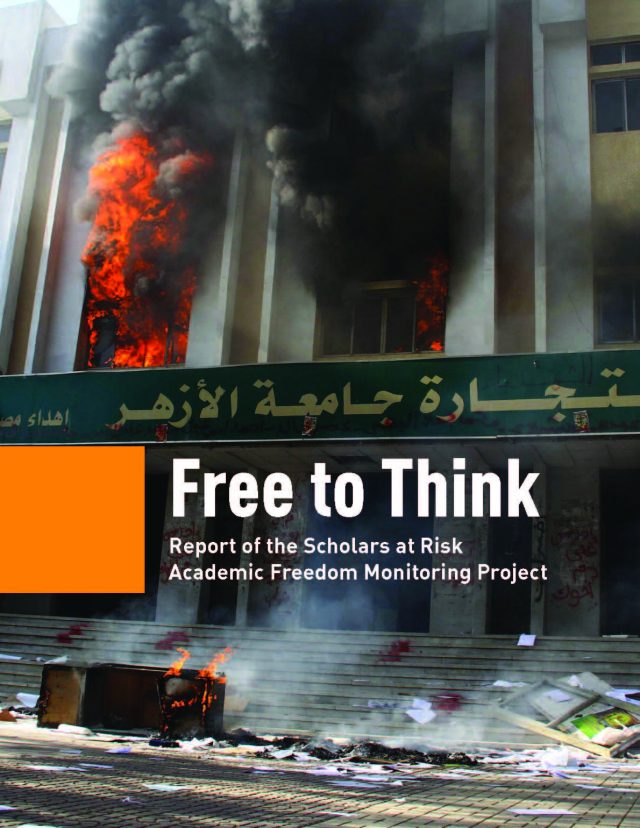 According to Robert Quinn, Scholars at Risk’s (SAR) Executive Director, the attacks “threaten the safety and well-being of scholars, students, administrators and staff; undermine the quality and accessibility of academic work and instruction, which denies everyone the benefits of expert knowledge and scientific and creative progress; and shrink the space where people can freely think and ask questions about complex and contentious issues.” The culmination of four years of monitoring and analysis by SAR staff and researchers around the world, Free to Think offers three key takeaways:

The report calls on all stakeholders, including the international community, states, the higher education sector, civil society and the public at large to undertake concrete actions to increase protection for higher education communities, including documenting and investigating attacks, and holding perpetrators accountable. “We hope this report will inspire everyone to do more to protect higher education and the freedom to think” says Mr. Quinn.

Dozens killed and injured in attack on Bacha Khan University

Gunmen killed and injured dozens of students, faculty and others on the campus of Bacha Khan University in northwestern Pakistan, before being killed by security forces.