SAR understands that Mr. Kokabee is serving a 10-year sentence in Evin Prison, on charges of communicating with a hostile government. SAR understands that he has experienced medical issues since 2011, including internal bleeding and kidney stones, for which the prison infirmary reportedly prescribed painkillers but which otherwise went untreated. SAR further understands—distressingly—that Mr. Kokabee was recently diagnosed with kidney cancer, a life-threatening condition that reportedly could have been identified, had he been given proper medical care for his past kidney illnesses.

SAR calls for letters, emails, and faxes respectfully urging the authorities to reconsider the sentence against Mr. Kokabee and, pending his earliest release, to ensure Mr. Kokabee’s well-being and regular access to medical care following his upcoming surgery, in accordance with international human rights standards. 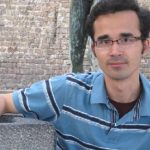 Wrongfully imprisoned PhD student Omid Kokabee has reportedly been released from prison for temporary medical leave, according to Nature. Mr. Kokabee, who is serving a 10-year prison sentence on charges of “communicating with a hostile government,” was diagnosed with kidney cancer