Today marks the one-year anniversary since the arrest of Domingos Da Cruz, an Angolan scholar of law and human rights and a journalist. 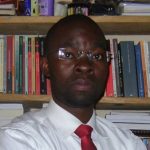 Professor Da Cruz was arrested on June 21, 2015, one day after he was reportedly scheduled to speak at, but ultimately did not attend, an activists’ meeting, which had been organized to discuss his unpublished book that outlines principles of civil disobedience, Tools to Destroy a Dictatorship and Avoiding a New Dictatorship.

On September 16, 2015, he was charged with the “crime of preparatory acts to practice rebellion” and “plotting against the President and other sovereign institutions.” These charges appear to emanate from Professor Da Cruz’s non-violent expression of his political ideas and his writings, including the book he was due to discuss. On March 28, 2016, Professor Da Cruz was sentenced to eight years and six months in prison for the “preparatory acts of rebellion and association of criminals.”