On June 23, 2016, uniformed and plainclothes soldiers reportedly arrested a group of 13 student and union activists from the New Democracy Movement who were distributing flyers against the Thai Junta’s draft charter, which will be put to a vote during an August 7 referendum.

Scholars at Risk (SAR) understand that while the group was distributing flyers, soldiers from the Royal Thai Military Corps arrived on scene, and reportedly asked them to stop by 5:30 PM. The group requested that the soldiers allow them to continue distributing their flyers until 6:00 PM; however, the soldiers responded by arresting them. 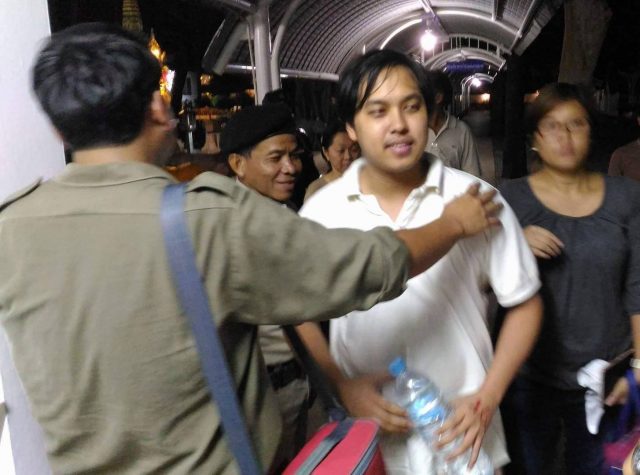 On June 24, the students and activists were brought to a military court, where they were charged with violating the National Council for Peace and Order (NCPO) Order No. 7/2014, which bans political gatherings of five or more people.

Five of the activists, including Rackchart Wong-Arthichart, reportedly posted bail of 50,000 baht (roughly US $1420) and have since been released; however, the remaining seven refused to post bail and demanded that the court release them unconditionally. In response, the court ordered that the seven activists be jailed until the trial, for which a date has not yet been determined.

SAR is gravely concerned about the detention of these students and activists as a result of nonviolent expression and association – conduct which is expressly protected under international human rights instruments including the Universal Declaration of Human Rights. SAR urges the authorities to release the students and activists, and drop any charges related to their arrest.