On July 5, the students met at a bakery in Santo Tomé de Los Olivos while waiting for fellow Juventudes VP activists to join them in distributing flyers calling for the release of imprisoned politician and VP founder Leopoldo Lopez. Following a February 2014 protest, authorities arrested and later sentenced Mr. Lopez to 13 years and 9 months in prison on charges including “arson,” “vandalism,” “inciting violence and hatred” and “being part of a criminal organization.” Human rights organizations have described the charges as unsubstantiated and the sentence as politically motivated. Mr. Lopez is scheduled to appear in court for an appeal hearing on July 7.

At approximately 6 PM that evening, plainclothes police and SEBIN officers arrived on the scene. There, they asked the students for their ID cards and cell phones, and ordered them into a van. When the students refused, the officers reportedly arrested Mr. Rodriguez, later transferring him to the SEBIN headquarters; the four remaining students were detained in SEBIN headquarters later that day. As of this report, the authorities have not disclosed the charges against the students.

Scholars at Risk is concerned about the arbitrary arrest and detention of students in apparent retaliation for nonviolent expression and association – conduct which is expressly protected under international human rights instruments including the Universal Declaration of Human Rights. In addition to the harm to the immediate victims, such incidents have a chilling effect on academic freedom and undermine democratic society generally. Arrest and detention aimed at limiting expression and association undermines academic freedom and democratic society generally. State officials have a responsibility not to interfere with the rights to freedom of expression and association, so long as such rights are exercised peacefully and responsibly.

On May 11, 2016, Bolivarian National Guard (GNB) officers reportedly detained Diego Hernandez, a law student at the Universidad Central de Venezuela, who was protesting outside Venezuela’s National Electoral Council (CNE). A group of over 2,000 demonstrators reportedly marched to 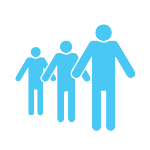 Academics and students from around the world collaborate on research and advocacy projects related to academic freedom and higher education.