The scale and speed of these actions belie any due process or evidence-based response to the attempted coup of July 15th, and therefore raise serious concerns for the future of Turkey’s higher education and society generally. 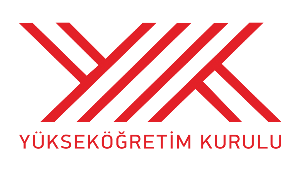 Scholars at Risk (SAR) is an international network of over 400 universities and colleges in 40 countries dedicated to promoting academic freedom and its constituent freedoms of thought, opinion, expression, association and travel, principles on which quality higher education depends. In cases involving alleged infringement of these freedoms, Scholars at Risk intervenes in hopes of clarifying and resolving matters favourably.

SAR has received reports that in the days following the attempted coup, Turkey’s Council of Higher Education (YÖK) ordered the resignations of over fifteen hundred faculty deans at state and foundation universities; thousands of education ministry personnel were suspended from their positions; travel restrictions were placed on civil servants, including a number of higher education administrators; and academics abroad were instructed to return to Turkey. SAR is concerned for the personal and professional well-being of the thousands of scholars implicated in these actions. We are particularly concerned that the scale and speed of these actions suggest a lack of due process or evidence-based response to the attempted coup of July 15th. Rather, these suggest a broad campaign against intellectuals and intellectual expression, in violation of Turkey’s international and domestic legal obligations to protect institutional autonomy and academic freedom, including under Turkey’s constitution. If not quickly reversed, these actions risk irreparable harm to higher education personnel and to the reputation and operation of Turkey’s higher education sector, which had been suffering already in recent months from prosecutions and undue pressures on over 2,000 academics.

These actions against the higher education sector, moreover, are counterproductive to the legitimacy and long-term stability of the state. The asking of questions and expression of ideas—especially disputed or unpopular ideas—is not only essential to quality higher education; it is the root of democratic legitimacy and rule of law. The higher education sector has a special responsibility within democratic society to ask and debate questions in a safe space, without resorting to force, and to impart information and ideas to the public. This ensures that sensitive issues may be more widely understood, and affords the public a means of forming opinions based on evidence and reason over passion, prejudice, ideology or even threats of violence. This in turn encourages public investment in democratic discourse and processes; an investment which proved so essential in the resistance to the July 15th coup attempt. It is precisely at this moment of instability when society needs more space for open, democratic discussion. If the university space shrinks—and it certainly will if the current pressures continue—the risks to Turkey’s democracy will only grow.

Given the above, and given our longstanding respect for and partnership with Turkey’s higher education institutions and personnel, Scholars at Risk respectfully:

The Price of Dissent: Turkey's Academic Purges and the Shrinking University Space

In the wake of a coup attempt in July 2016 the president of Turkey declared a state of emergency, which remains in place eight months later. During that time, the government has suspended, detained and placed under investigation tens 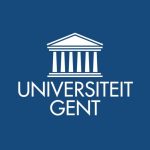 The State of Turkey's Academia: No Space for Critical Thinking?

The University of Ghent will host a discussion on the ongoing purges of Turkey's academia which some have argued amount to an "academicide." Exiled academics from Turkey will speak about their personal experiences and point to the political logic behind the dismissals.