Following a failed attempt at a coup on July 15, 2016, State authorities have taken a range of actions against members of the higher education community — among others — allegedly intended to identify those parties involved with the coup attempt, with the ultimate aim of eliminating their influence within Turkish institutions. Authorities have focused these efforts on individuals suspected of being associated with a movement led by Fettulah Gülen, a Muslim cleric accused by the authorities of organizing the coup attempt. 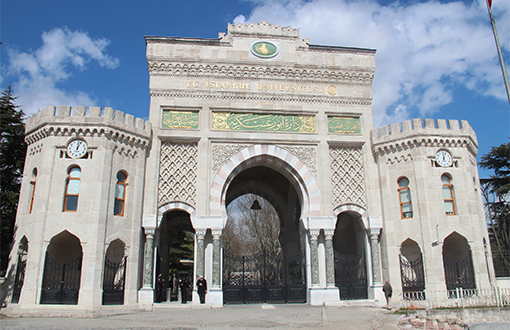 On July 24 and 25, authorities reportedly detained 31 scholars from Istanbul University based on allegations of membership in the Gülenist movement (referred to by the State as “FETÖ”. While the scholars were detained, authorities searched their offices and homes, reportedly seeking evidence of connections to the movement. The identities of all 31 scholars have not been disclosed, and, as of this report, the extent of the connections between the scholars and the Gülenist movement, if any, remain unclear.

On August 3, the authorities released and issued travel bans for 25 of the detained scholars. Of the six scholars who remain in custody, two — Vedat Demir and Ferah Armutçu — were arrested and charged with “being members of FETÖ/PDY.” Professor Demir is scholar of Communications at İstanbul University and former General Secretary of the Turkish Press Council. According to media and family sources, he has denied involvement in the Gülenist movement, denounced the attempted coup on social media, and publicly made calls for democratic reforms and raised concerns over human rights in Turkey. Professor Armutçu is a scholar of clinical chemistry at Istanbul University’s Faculty of Medicine; the extent of his past political activity is not clear. As of this report, a trial has not yet been scheduled for Professors Demir and Armutçu, and the status of the four remaining unnamed scholars is unknown.

Scholars at Risk is concerned about the arbitrary detention and arrest of scholars as a part of sweeping actions taken by the State against members of the higher education community. While State authorities have a right to maintain order and respond to legitimate security concerns, such actions must comply with States’ human rights obligations, including those relating to freedom of opinion and expression, freedom of association, due process, and academic freedom, which are protected by international human rights instruments including the Universal Declaration of Human Rights and the International Covenant on Civil and Political Rights, to which Turkey is a party. In addition to the harm to the immediate victims, such incidents have a chilling effect on academic freedom and undermine democratic society generally.

15 Universities shut down in connection with state of emergency

On July 23, 2016, a decree went into effect ordering the closure of 15 Turkish universities, in connection with a state of emergency declared by the government following the failed coup attempt on July 15.

Scholars at Risk is gravely concerned about sweeping actions against Turkey’s higher education sector, including forced resignations, suspensions, and travel bans, reportedly affecting thousands of individuals, in Turkey and abroad.