Scholars at Risk condemns in the strongest terms yesterday’s violent attack on the American University of Afghanistan (AUAF) in Kabul, and sends condolences to the victims, their families and the AUAF community.

On August 24, 2016, armed attackers entered the campus and, over the course of several hours, killed at least 13 people — including seven students, one professor, three police and two university security guards — and wounded dozens more. An assault of this nature is a clear, targeted attack on both the university space and on the core values of the university, which demand open dialogue and debate without fear of violence. Violent attacks strike at the heart of the freedom necessary for the university space to function, and send a chill through the entire society.

Scholars at Risk acknowledges the Afghan authorities’ investigation of this situation, calls on them to hold perpetrators accountable, and encourages them to build on their efforts to deter attacks on the higher education community. SAR calls on the international higher education community to stand in solidarity with the AUAF community by pressing State authorities around the world for greater protection and accountability, and by contributing to efforts to understand and reinforce principles of autonomy and academic freedom.

Read SAR’s report of this incident on the Academic Freedom MONITOR website. 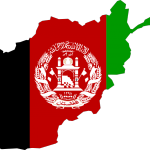 On June 4, 2018, a suicide attacker detonated a bomb at the Polytechnic University of Kabul, targeting a meeting of religious scholars, killing at least seven people, and injuring several more.