Scholars at Risk (SAR) has released Free to Think 2016, a report analyzing more than 150 reported attacks on higher education communities in 35 countries, from May 1, 2015 to September 1, 2016. This is the second installment in a series of reports produced by SAR’s Academic Freedom Monitoring Project. 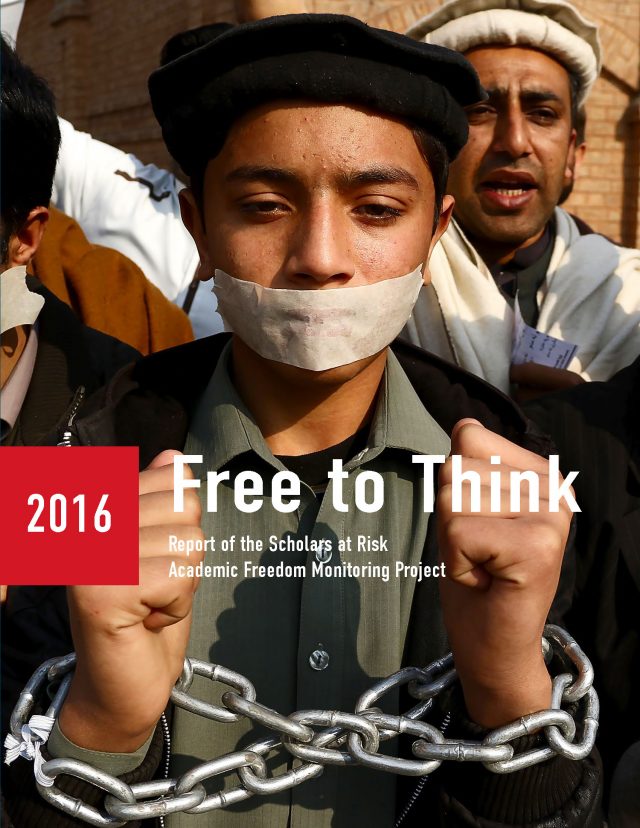 “In the last year we have seen a broadening crisis of attacks on higher education communities, not only threatening the safety and well-being of scholars, students, and university personnel, but ultimately shrinking the space for all of us to think, question, and share ideas,” said Robert Quinn, SAR’s Executive Director. According to Mr. Quinn, Free to Think 2016 and the Monitoring Project, more generally, “shine a spotlight on this crisis, and offer leverage to demand relief for threatened individuals and more meaningful efforts by states and civil society to ensure the security and well-being of the university space.”

SAR’s report calls on stakeholders, including responsible states, higher education leaders, and civil society to recognize publicly the problem of attacks on higher education communities, to reject the use of violence to restrict student expression, and to reaffirm publicly their support for the principle that critical discourse is not disloyalty, that ideas are not crimes. 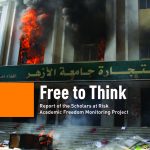 Scholars at Risk releases Free to Think, a report highlighting the alarming frequency of attacks on higher education around the world.