Thursday March 30th marks the 100th day of imprisonment of Professor Istar Gozaydin, lately Chair of the Department of Sociology at Turkey’s Gediz University. Dr Gozaydin is an especially prominent observer of government policy and of the state’s religious affairs directorate (Diyanet). Her lengthy detention and the charges filed against her on March 17th reflect an extreme case in a developing pattern of infringement of freedom in Turkey.

A founder of Turkey’s branch of the Helsinki Citizens’ Assembly in the 1990’s, Dr Gozaydin has long pursued research and action within the public sphere. She was suspended from her academic duties at Gediz University for re-tweeting an admonition against the death penalty several days after the coup attempt failed in Turkey on July 15-16, 2016. Just one week following the coup attempt, the university was shuttered by Turkey’s Higher Education Council. According to Clare Robinson, Advocacy Director of the Scholars at Risk Network, Gozaydin is one among 5,913 personnel recently dismissed from the higher education system by government order. Robinson further notes that “these closures and dismissals are only the beginning. Scholars at Risk has verified at least 607 detentions of, or warrants issued for, higher education personnel and at least 148 prosecutions of scholars, students, and other higher education personnel.”

Dr Gozaydin is charged with membership in the Gülen religious and social movement, which the government of Turkey refers to as a terrorist organization that it has taken to be the source of the 2016 coup attempt. The supposed evidence for Dr Gozaydin’s membership includes her notes and scholarly writing. Dr Gozaydin first turned her attention to Diyanet, the state’s religious affairs directorate, in her graduate work at Instanbul University. Her first book-length scholarly study of the directorate appeared in 1993, nearly a decade before the ruling Justice and Development Party severed its alliance with that movement. In recent writing for the Huffington Post, Karabekir Akkoyunlu writes of the government’s effort to “retrospectively criminalise academic research and activities on issues that were only a couple of years ago being openly and extensively debated in the public sphere.” He cites Dr. Gozaydin’s case as a prominent example of a developing trend: “Scholars who have conducted research about the relationship between religion, business and politics in Turkey, and have established contacts with Gülen supporters and business affiliates in the process, now risk being labelled as coup supporters.”

On her 100th day of incarceration, Professor Istar Gozaydin currently awaits assignment of a trial date from within her cell in Izmir, Turkey.

Advocacy site: www.freeistargozaydin.com (expected to be operational by 30 March)

Clare Robinson may be reached through Scholars at Risk Network: https://www.scholarsatrisk.org/people/clare-robinson/ 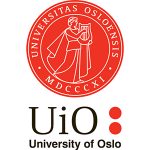 This year, the University of Oslo's Human Rights Award will be presented to professor Ishtar Gözaydin, an academic and researcher from Turkey who has made her mark as an active social commentator and human rights defender.