Washington, D.C. — A coalition of human rights advocacy groups has called on members of the Senate Judiciary Committee to investigate the United States Customs and Immigration Service’s announcement that it intends to deny Syrian writer, scholar, and human rights activist Dr. Radwan Ziadeh’s application for asylum, and urge the immigration service to reverse its decision.

In a letter, PEN America, Freedom House, Human Rights First, Human Rights Watch, the Middle East Studies Association, Refugees International, and Scholars at Risk expressed dismay at the immigration service’s claim that Dr. Ziadeh’s convening of Syrian opposition groups to design a plan for Syria to transition to democracy following an end to the civil war there somehow constituted “material support” for terrorism.

Ziadeh, a scholar and human rights activist, and long a trusted source of knowledge about the Syrian civil war in Washington, D.C., has worked in the United States and overseas to provide informed perspectives to policymakers and engage stakeholders in peacebuilding efforts. In 2011, Ziadeh organized a series of working groups to develop plans for a democratic transition, and invited representatives from Syrian opposition groups to participate. He also arranged funding for their travel and expenses to attend two conferences in Istanbul through a Canadian government grant. The immigration service called these conference invitations and payment for airfare, hotels, and the documents passed out at the convenings as ”material support for terrorism.”  Despite the service itself finding that Dr. Ziadeh has a well-founded fear of persecution were he forced to return to Syria, the immigration service stated that it intended to deny Ziadeh’s application for asylum because of this “material support.”

Crucially, none of the opposition groups involved have been expressly identified as terrorist groups by the State Department, and one of the groups, the Free Syrian Army, has received aid from the United States government. On the contrary, the immigration service claims the groups are undesignated “Tier III” terrorist groups under immigration law, which can be labeled as such at the sole discretion of the United States Customs and Immigration Service.

“Scholars at Risk is deeply concerned by what the decision of the US Customs and Immigration Services means not only for Dr. Ziadeh and his family, but for scholars across the US,” said Clare Robinson, Scholars at Risk Advocacy Director. “Scholars must be free to exercise their rights to academic freedom, freedom of association, and freedom of expression without fear of such damaging retribution. This includes engaging in peaceful research, teaching, and dialogue with a range of groups and individuals, in pursuit of peace and promoting human rights. We urge Congress to impress upon Customs and Immigration Services officials the authenticity of Dr. Ziadeh’s case and the urgency to reverse this decision.” 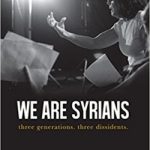 When the Assad government wanted to silence them, Naila Al-Atrash, a theatre director, Radwan Ziadeh, an intellectual, and Sana Mustafa, a student organizer, refused to stop making their voices heard. They organized, they protested, they made art. Editors Adam Braver 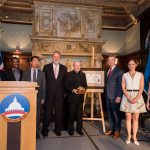 Remarks by Robert Quinn, Executive Director, Scholars at Risk Network, on the occasion of the 2017 Anne Frank Special Recognition Award presented by the Embassy of the Kingdom of the Netherlands to the U.S.A. at the Library of Congress, Washington 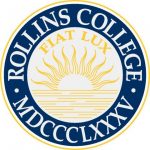 SAR Scholar Radwan Ziadeh will speak at Rollins College about the need for accountability in Syria after more than five years of war.