Scholars at Risk has called on Ethiopian authorities to release and drop all charges against Dr. Merera Gudina, a former professor of political science at Addis Ababa University and the chair of of the Oromo Federalist Congress.

Dr. Gudina was arrested on December 1, 2016, when he returned to Ethiopia following a trip to Belgium, where he had addressed members of the European Union Parliament about alleged human rights violations and the political situation in Ethiopia. SAR’s letter can be found below and for download.

RE: Release and drop charges against Dr. Merera Gudina

I write again on behalf of the Scholars at Risk Network to express grave concern regarding the ongoing case of Dr. Merera Gudina. A former professor of political science at Addis Ababa University and the chair of the Oromo Federalist Congress, Dr. Gudina has been held in pre-trial custody for nearly a year, and faces prosecution in apparent retaliation for peacefully exercising the right to freedom of expression and association. Scholars at Risk respectfully urges you to release Dr. Gudina and to drop all charges against him ahead of his next hearing, scheduled for November 3, 2017.

Scholars at Risk (SAR) is an international network of more than 500 universities and colleges in 37 countries dedicated to protecting the human rights of scholars around the world and to raising awareness, understanding of, and respect for the principles of academic freedom and its constituent freedoms of expression, opinion, thought, association, and travel. In cases like that of Dr. Gudina, involving alleged infringement of these freedoms, Scholars at Risk investigates hoping to clarify and resolve matters favorably.

SAR understands that Ethiopian security officers arrested Dr. Gudina on December 1, 2016, when he returned to Ethiopia following a trip to Belgium, where he had addressed members of the European Union Parliament about alleged human rights violations and the political situation in Ethiopia. We last wrote regarding Dr. Gudina on June 27, 2017, in advance of his July 7 hearing. During that hearing, Dr. Gudina’s counsel requested the full advance list of prosecution witnesses; the court referred that request to the House of Federation, which later ruled that concerns about witness safety justified withholding their identities to the defense. It remains unclear what threats the prosecution’s witnesses are alleged to face, or how revealing their identities to the defense would expose them to any risk. The decision to deny Dr. Gudina’s counsel’s request—particularly absent a showing of a specific and credible concern regarding witness security—infringes on fundamental due process rights, including the right to confront one’s accusers.

At his most recent hearing on October 16, 2017, Dr. Gudina reportedly pled not guilty of all charges, and his counsel reminded the court that Dr. Gudina had been detained for nearly a full year before being permitted to enter a plea. In addition, Dr. Gudina petitioned the court to allow family and friends to visit him in detention, pending the next hearing in his case, scheduled for November 3, 2017.

We welcome any additional information that may explain these events or clarify our understanding. Absent this, the facts as described raise significant due process concerns, and suggest that Dr. Gudina is being prosecuted in retaliation for his nonviolent exercise of the right to free expression, conduct that is expressly protected under international human rights instruments including the Universal Declaration of Human Rights and the International Covenant on Civil and Political Rights, to which Ethiopia is party.

We therefore respectfully urge you to release and drop all charges against Dr. Gudina ahead of his next hearing; or, pending this, to ensure his well-being while in custody, including access to legal counsel and family, and to ensure that his case proceeds in a manner consistent with Ethiopia’s obligations under international law, in particular internationally recognized standards of due process, fair trial, and free expression. 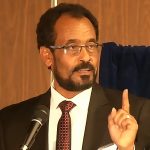 Scholars at Risk welcomes reports that Professor Bekele Gerba has been granted release on bail after nearly two years of detention, and calls on Ethiopian authorities to drop any charges against him.