New York, New York, 10 October 2018 – With the momentum and commitment from its U.S. membership base of over 150 institutions, the Scholars at Risk Network announces the establishment of a SAR-United States section to unite higher education institutions and professionals around the nation. Scholars at Risk (SAR) is an international network of over 500 higher education institutions, associations, and individuals working together to protect threatened scholars and promote academic freedom. As SAR continues to broaden its programs and services to individuals and institutions around the world, renewed attention and resources are being directed to promote higher education values in the United States.

SAR sections serve as a national and regional coordinating body for SAR-related activities. National sections already exist in Canada, Norway, Sweden, Ireland, Germany, Switzerland, and Finland, along with sections formed alongside partners in the United Kingdom with CARA (the Council for Assisting Refugee Academics) and Belgium and the Netherlands with UAF (the Foundation for Refugee Students). The SAR-United States section provides a structure for communication and coordination among member institutions in the United States on a local level.  Through its divisional structure (broken down into five geographic clusters) and established regional connections, members will have more opportunities to collaborate, allowing for the sharing of best practices, coordination of events, and partnering on programming. A list of SAR-United States members can be found here.

“Higher education has a responsibility to advocate when its values are under threat or being challenged,” said Adam Braver, Chairperson of the SAR-United States Steering Committee and Professor at Roger Williams University. Braver, who has been at the center of SAR’s amplified U.S efforts, noted, “When one individual or group’s thoughts and values in higher education are being challenged, in essence, all of our thoughts and values are being challenged.” Professor Braver’s involvement with SAR has been long-standing. His work in developing an undergraduate course around human rights advocacy set the stage for the development of SAR’s Student Advocacy Seminars. According to Braver, SAR programming has encouraged his students “to value engaging with the rest of the world” and has created “solidarity with other academic institutions.”

The establishment of the SAR-United States section comes at a time of heightened scrutiny of academic freedom in the United States, alongside an ongoing debate about both higher education’s role in greater society and its responsibility for its improvement. As Braver noted, “We have a responsibility to foster and protect the pursuit of knowledge. For students, it is important to realize that the world does not just stop with the campus microcosm.” The formalization of SAR-United States represents the latest progression in nearly twenty years of partnership among U.S. higher education institutions and the wider, international SAR Network.

The momentum behind the new United States section is no coincidence. “SAR was established in the United States, so its work always felt grounded in the rich tradition of academic freedom that many of us have come to take for granted. But ideas are not stagnant, and neither is society,” remarked Chelsea Blackburn Cohen, SAR’s Senior Program Officer for North America. Blackburn Cohen continued, “By establishing a SAR-United States section we are reaffirming our commitment to the individual needs and challenges of institutions and academics in the United States, as well as the responsibilities institutions share for the global mobility of knowledge and its producers. Through their collective action and commitment in support of academic freedom and core higher education values, U.S. institutions—small and large,  two-year and four-year, public and private—are coming together to turn words into action, and to protect the freedom to think, question, and share ideas.” 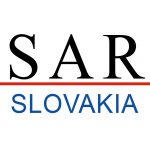 May 14, 2019 – Leaders from universities across Slovakia will convene on May 23, 2019 at Art Books Coffee in Bratislava to launch the Slovakia section of Scholars at Risk (SAR). The launch is organized by the Bratislava Policy Institute, which will act

Representatives from universities across Finland convened in Vaasa on May 8, 2017 to launch the Finnish section of Scholars at Risk (SAR). SAR is an international network of more than 460 higher education institutions in 35 countries working to protect 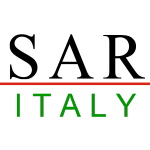 The Scholars at Risk Italy section will be launched at the University of Padova on February 19, 2019. The launch will be held in association with the 2019 Winter School on "Knowledges at Risk: Universities Promoting Academic Freedom".