November 28, 2018 – Scholars at Risk (SAR) and Maynooth University, Ireland, join together to announce the launch of Scholars at Risk Europe, the new European office of the global SAR network. SAR Europe will support and coordinate the activities of Scholars at Risk national sections and partner networks across Europe, and inform and strengthen policymaking for the greater protection of scholars and increased respect for academic freedom worldwide.

The launch of SAR Europe represents the culmination of nearly two decades of partnership between European higher education institutions and the global SAR Network – home to over 500 higher education institutions in 39 countries. SAR’s European Director Sinead O’Gorman comments, “We are delighted to mark the launch of SAR Europe. With this initiative, together with our European partners and over 300 members in Europe, we send a resounding message of solidarity to scholars facing threats to their lives and their liberty because of who they are and what they do. At a time when SAR is receiving more requests for assistance from scholars than ever, SAR Europe’s strong and unified voice will help to make a difference.”

Maynooth University will serve as home to SAR Europe. “Maynooth Univerity shares with SAR a belief in the crucial role of the university in advancing public discussion and reasoned debate” said Dr. Mark Maguire, Dean of the Faculty of Social Sciences at Maynooth. “In coming together to launch Scholars at Risk Europe, our institutions express more collective solidarity and support for colleagues in situations where public discussion, reasoned debate and academic freedom are repressed, and reaffirm our commitment to promoting the free exchange of ideas.”

The launch was held at the European Parliament, in Brussels, on November 28th, from 8:30AM to 10:30AM, in association with a roundtable discussion on academic freedom. The event was hosted by Wajid Khan MEP, and featured remarks by Claude Moraes MEP, Mairead McGuinness MEP, representatives from SAR, and Maynooth University. Representatives from the Magna Charta Observatory, the European University Association, the University of Bremen, the Alexander von Humboldt Foundation, and the European External Action Service participated in the roundtable discussion on academic freedom.

About Scholars at Risk: Scholars at Risk (SAR) is an international network of over 500 higher education institutions in 39 countries working to protect threatened scholars and promote academic freedom. SAR protects scholars suffering grave threats to their lives, liberty and well-being by arranging temporary positions for those forced to flee. Through monitoring and advocacy, SAR identifies, documents and takes action in response to threats and attacks on higher education communities. Through working groups, conferences, research and publications, SAR brings together leading scholars, advocates, students and professionals to inform and shape on-going work to promote stronger university values worldwide.

Institutions or individuals interested in learning more about SAR, its activities, or the SAR Europe launch event should visit https://www.scholarsatrisk.org or email scholarsatrisk@nyu.edu. 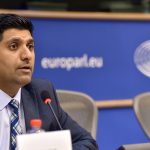 On November 29, Members of the European Parliament (MEPs) adopted a resolution to make academic freedom a human rights consideration in the European Union’s (EU) foreign policy. 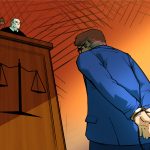 The launch of Scholars at Risk Europe will be held at the European Parliament in Brussels on November 28th together with a round table discussion on academic freedom, hosted by Wajid Khan MEP.