An Emirati court has convicted and sentenced Durham University PhD candidate Matthew Hedges to life in prison, in apparent retaliation for research he was conducting in the UAE for his dissertation.

SAR has issued the below letter to Emirati officials and other stakeholders, urging state authorities to secure Mr. Hedges’ immediate and unconditional release from prison.

Join us and stand in solidarity with Matt by sharing this over social media and downloading and sending a copy of this letter under your own name today.

I write on behalf of the Scholars at Risk Network to express grave concern over the conviction and sentencing of Durham University PhD candidate Matthew Hedges, in apparent retaliation for his peaceful exercise of the right to academic freedom. I respectfully urge you to instruct the relevant authorities to secure Mr. Hedges’ immediate and unconditional release.

Scholars at Risk (SAR) is an international network of more than 500 universities and colleges in 39 countries dedicated to protecting the human rights of scholars around the world, and to raising awareness, understanding of, and respect for the principles of academic freedom and its constituent freedoms of expression, opinion, thought, association, and travel. In cases like that of Mr. Hedges, involving alleged infringement of these freedoms, Scholars at Risk investigates hoping to clarify and resolve matters favorably.

Mr. Hedges is a citizen of the United Kingdom and a PhD candidate at Durham University’s School of Government and International Affairs. He has previously lived and worked in the United Arab Emirates (UAE). SAR understands that in April 2018 Mr. Hedges traveled to Dubai to conduct research for his dissertation on Emirati foreign and security policies since the Arab Spring. During this trip, Mr. Hedges reportedly conducted interviews over the course of two weeks.

On May 5, Mr. Hedges was detained at Dubai International Airport as he was preparing to leave the UAE. Authorities then reportedly took him into custody at an undisclosed location in Abu Dhabi and held him incommunicado for several weeks. Over the course of the next five months, Mr. Hedges reported restricted access to family, UK consular officials, and legal counsel, being denied access to showers for at least one month, and being forced to sleep on the floor of his cell for three months. SAR understands from Mr. Hedges’ wife that he suffers from anxiety and depression and has regularly expressed suicidal thoughts while in detention.

On October 10, Mr. Hedges attended his first hearing at the UAE state security court, during which he was finally allowed access to legal counsel. The court did not disclose the charges against him at this hearing. On October 29, state authorities ordered him released on bail until his next hearing. On November 21, Mr. Hedges appeared in court and was convicted of “spying on the UAE and providing sensitive security and intelligence information to third parties” and sentenced to life in prison. Reports indicate that Mr. Hedges was not accompanied by his lawyer during the hearing.

Mr. Hedges and his family have disputed accusations of espionage, asserting that he was in the UAE to conduct interviews for his dissertation. UAE officials have not publicly disclosed the evidentiary basis of the charges upon which he has been convicted. SAR understands that Mr. Hedges has the right to appeal this ruling within thirty days. If the conviction and sentencing are upheld, Mr. Hedges, as a non-Emirati citizen, is expected to serve a maximum of 25 years in prison, after which he would be deported and fined the costs of the trial.

We welcome any additional information that may explain these events or clarify our understandings. Absent this, Mr. Hedges’ conviction, sentencing, and the circumstances of his imprisonment and prosecution suggest a troubling disregard for international standards of academic freedom, due process, fair trial, and the humane treatment of prisoners, as guaranteed under international human rights instruments including the Universal Declaration of Human Rights and the International Covenant on Civil and Political Rights. In addition to the harm to Mr. Hedges, arbitrary prosecutions and imprisonments aimed at punishing and restricting academic activity undermine academic freedom and democratic society generally.

We therefore respectfully urge you to instruct the relevant authorities to secure Mr. Hedges’ immediate and unconditional release and, pending this, to ensure his well-being and access to legal counsel, family, and medical treatment. 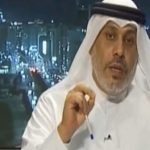 We, the undersigned NGOs, call on the authorities to immediately release human rights defender and professor of economics Dr. Nasser Bin Ghaith, who remains in detention in an unknown location in the United Arab Emirates (UAE) for his social media

Authorities in the United Arab Emirates should immediately release Ahmed Mansoor, an award-winning human rights defender who is facing charges that violate his right to freedom of expression, a coalition of 18 human rights organizations said today, one month after 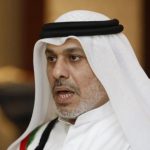 Dr. Nasser bin Ghaith is a prominent economist and former lecturer at the University of Paris IV Abu Dhabi who was convicted and sentenced to ten years in prison after publicly calling for political reform.