The leading Danish newspaper Politiken has announced Scholars at Risk and the Central European University (CEU), of Hungary, as recipients of this year’s Politiken Freedom Prize, in recognition of their contribution to protect threatened scholars and the freedom to think, question, and share ideas.

“We are honored to be awarded this year’s Politiken Freedom Prize alongside our partners at CEU,” says Robert Quinn, SAR’s Executive Director. “Around the world, scholars, students, and their institutions are facing an alarming crisis of attacks on their right to ask difficult questions and test ideas. The Freedom Prize pushes us as a network to do more to address this crisis by helping more scholars find sanctuary, raising global awareness, and engaging government and higher education leaders to safeguard academic freedom.” 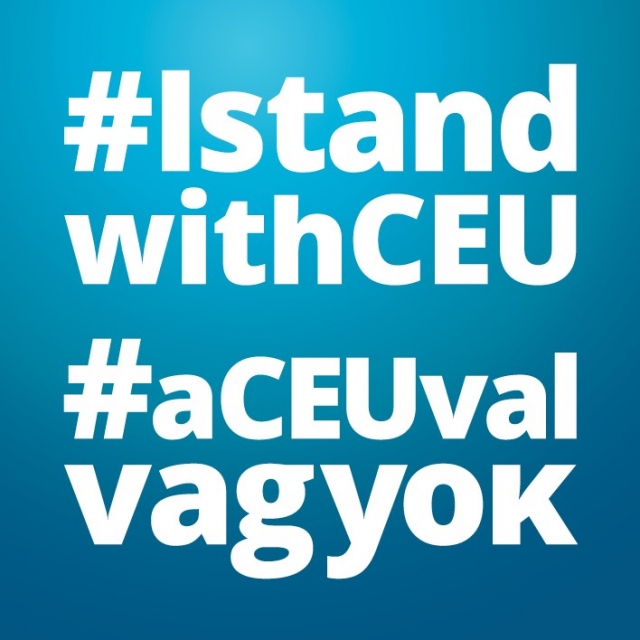 Since 2017, SAR’s co-recipient CEU, one of Europe’s premier independent academic institutions, has mobilized international support and sought cooperation from the Hungarian government in order to remain in the country. CEU was the target of a legislative amendment that sought the university’s closure, in apparent retaliation for its academic activities and international affiliations. In December 2018, after Hungarian officials declined to sign an agreement that would secure the university’s status in the country, CEU announced that it would move its operations to Vienna, Austria. “CEU’s resilience and deep commitment to academic integrity in the face of extreme state pressure is inspiring,” says Quinn. “We urge all higher education leaders and institutions to stand with CEU and threatened universities, scholars, and students everywhere.”

The annual award, sponsored by the Politiken Foundation, is awarded to outstanding international contributors to human rights and the whole concept of freedom, scholarly as well as politically. Previous recipients of the award include Danish-Bahraini human rights activist Abdulhadi al-Khawaja, the Syrian Observatory for Human Rights, and Sea-Watch, among others.

This year’s award will be presented at a public event in Copenhagen on Monday, February 18, featuring remarks by Mr. Quinn and Mr. Michael Ignatieff, rector of CEU. Earlier that day, SAR will hold an event marking the launch of the Scholars at Risk Denmark Section, which will bring together five Danish universities to coordinate and strengthen support for threatened scholars and academic freedom.

About Scholars at Risk: Scholars at Risk (SAR) is an international network of over 500 higher education institutions in 39 countries working to protect threatened scholars and promote academic freedom. SAR protects scholars suffering grave threats to their lives, liberty and well-being by arranging temporary positions for those forced to flee. Through monitoring and advocacy, SAR identifies, documents and takes action in response to threats and attacks on higher education communities. Through working groups, conferences, research and publications, SAR brings together leading scholars, advocates, students and professionals to inform and shape on-going work to promote stronger university values worldwide.