April 16, 2019 | New York, NY — Scholars at Risk (SAR), in cooperation with the Human Rights Law Centre at the University of Nottingham, has filed a submission with the United Nations’ Universal Periodic Review, highlighting attacks and pressures on higher education in Iran. Drawing on data collected by SAR’s Academic Freedom Monitoring Project between October 2014 and March 2019, the submission identifies major trends involving violations of the rights of scholars, students, and other members of the higher education community, including:

SAR urges UN member states to call on Iranian authorities to reaffirm their commitment to academic freedom by, among other things: unconditionally releasing scholars and students held for their nonviolent academic activity, expression, association, or religious identity, and refraining from future arrest and prosecution of such scholars and students; revising national statutes, decrees and practices to comply with international standards relating to academic freedom, freedom of expression, and freedom of association; repealing policies that discriminate against minorities, including the Baha’i community, in higher education; and committing to protect higher education by publicly endorsing the Principles of State Responsibility to Protect Higher Education from Attack. SAR stands ready to engage international actors in dialogue about trends, incidents, and recommendations included in the submission. 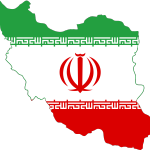 On June 11, 2018, Iran’s Revolutionary Court convicted and sentenced University of Tehran student activists Sina Darvish Omran and Ali Mozaffari to prison in connection with their participation in protest activities. 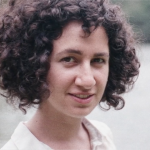