Ahmadreza Djalali, a Swedish-Iranian citizen is imprisoned in Iran and is in need of urgent medical care. Join Scholars At Risk and the Center for Human Rights in Iran in calling for his release on medical parole by signing this letter of appeal and sharing this video.

Dr. Djalali was arrested nearly three years ago when he visited Iran to participate in a series of workshops hosted by universities in Tehran and Shiraz. In October 2017, Dr. Djalali was convicted and sentenced to death on a charge of “corruption on earth.” The Iranian government has not disclosed any evidentiary basis for these charges.

After being denied medical care several times, in November 2018, Dr. Djalali had an urgent operation. Following the operation, Dr. Djalali was immediately transferred back to Evin Prison and was informed that his bone marrow cells have severely weakened, indicating a high possibility of leukemia. On the recommendation of the Evin Prison doctor, Dr. Djalali was scheduled to see a blood and cancer specialist at a hospital on February 5; however, prison authorities prevented him from going.

Join Scholars at Risk in taking action on behalf of Dr. Ahmadreza Djalali, a peaceful scholar sentenced to death in Iran. A scholar of disaster medicine, Dr. Djalali is facing execution in Iran in apparent retaliation for refusing to spy 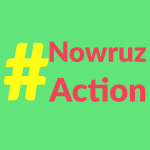 The Iranian holiday Nowruz (نوروز  or “new day”) is an ancient holiday that takes place on the first day of spring to celebrate the new year. Each Nowruz, Scholars at Risk partners with Amnesty International for their #NowruzAction Campaign, an