Proposed legislation submitted to Hungarian Parliament for consideration on June 4, 2019 threatens the Hungarian Academy of Sciences (MTA) and the academic freedom of thousands of scientists and researchers in Hungary.

Scholars at Risk (SAR) has issued the below letter expressing support for the MTA and our deep concern about the potential impact the bill could have on academic freedom.

Re: Legislative Threats to the Hungarian Academy of Sciences

I write on behalf of Scholars at Risk (SAR) to express deep concern about proposed legislation currently under consideration by Hungarian Parliament, which, if passed, could undermine the autonomy of the Hungarian Academy of Sciences (MTA) and its research network.

Scholars at Risk (SAR) is an international network of over 500 universities and colleges in over 40 countries dedicated to promoting academic freedom and its constituent freedoms of thought, opinion, expression, association and travel.

The MTA is a nearly 200-year-old public institution tasked with promoting Hungarian scientific research domestically and abroad. The MTA functions as a self-regulatory entity and manages a research network comprised of ten research centers, five research institutes, and over one hundred and thirty research groups hosted primarily by public universities. Throughout its history, the MTA has played a leading role in fostering a particularly rich and distinguished Hungarian scientific culture that has given the world the likes of physicist Loránd Eötvös and biochemist and Nobel Prize winner Albert Szent-Györgyi.

SAR understands that on June 4, 2019, Hungary’s Ministry of Innovation and Technology submitted draft legislation to Hungarian Parliament that, among other measures, proposes to transfer the governance and management of the MTA’s research network to a newly established body led by a government appointee; restrict the MTA’s property rights and ownership of current assets; and create a new National Science Policy Council chaired by the government’s Minister of Innovation and Technology to establish priorities for scientific research and funding.

If passed, the law would take effect on August 1, 2019. MTA officials have issued a statement rejecting the bill in its current form.

Absent additional information that may clarify our understanding, SAR is concerned that the bill could endanger the continued functioning of the MTA and compromise the autonomy of the MTA’s research network through exposure to political influence; and, in doing so, undermine the academic freedom of thousands of affected Hungarian scientists and researchers.

SAR respectfully urges Hungarian authorities to withdraw or review proposed legislation to remove from it any measures damaging the institutional autonomy and academic freedom of the MTA and its research network. SAR further calls on the Hungarian government to reaffirm its commitment to core higher education values, including academic freedom and institutional autonomy, and to ensure protection for these in any future legislative and policy proposals. 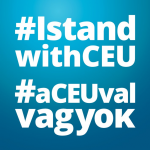 Scholars at Risk (SAR) has issued a letter to Hungarian authorities expressing concern over proposed legislative amendments that apparently target Central European University (CEU). If passed, these changes would threaten CEU’s existence as well as academic freedom and institutional autonomy