Scholars at Risk is gravely concerned by today’s conviction and sentencing to death of Junaid Hafeez, a former Bahauddin Zakaria University lecturer and a scholar of comparative literature.

Mr. Hafeez was detained in 2013 after a group of students accused him of making blasphemous statements on social media. Despite a lack of any evidence, he has been held for more than six and a half years, with significant time spent in solitary confinement. The troubling verdict follows proceedings marked by consistent procedural irregularities, prolonged delays, and threats to defense counsel, including the murder of one of Mr. Hafeez’s attorneys. Procedural objections aside, the verdict would impose a death sentence on a conviction for alleged acts of nonviolent expression, in violation of international human rights principles.

Scholars at Risk stands with the international human rights and higher education communities in sending a message of support and solidarity to Mr. Hafeez and his family, and to imprisoned scholars everywhere. Scholars at Risk expects Mr. Hafeez to appeal this verdict, and respectfully urges appropriate authorities to stay the sentence, to ensure Mr. Hafeez’s safety and well-being during the pendency of such appeal, and to ensure that his appeal proceeds with full regard for international human rights norms. 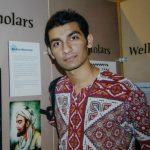 Professor Junaid Hafeez is a former lecturer and MPhil candidate in the English literature department at Bahauddin Zakariya University in Multan who has been held in pre-trial detention for over six years in Pakistan. SAR has issued the below letter

Scholars at Risk (SAR) has filed a submission to the United Nations’ Universal Periodic Review (UPR), expressing grave concern over threats to Pakistan’s academic freedom and the ability of its higher education space to function in a safe, free, and