Scholars at Risk welcomes the decision of the European Court of Justice (ECJ) which ruled that requirements imposed by Hungary to enable foreign higher education institutions to carry out activities in the country are incompatible with EU law. The court found that ‘lex CEU’ violates Hungary’s commitments under the World Trade Organisation, and infringes on academic freedom, as enshrined in the EU Charter of Fundamental Rights.

According to Robert Quinn, founding Executive Director of the Scholars at Risk Network, “Forcing the Central European University to shutter its doors and leave Hungary violated the fundamental values of the EU and raised serious concerns about the ability of all Hungarian higher education institutions to operate freely and to engage with the global academic community. The Hungarian government must take immediate steps to comply with the judgment and rectify their laws.”

The judgment, released on October 6, came as a result of proceedings before the ECJ, challenging Hungary’s 2017 changes to their laws governing higher education that forced CEU to close most of its operations in Budapest. The court found that such changes deprived “the universities concerned of the autonomous infrastructure necessary for conducting their scientific research and for carrying out their educational activities.”

The ruling vindicates the position taken by CEU, which welcomed the judgment, since the beginning of the lex CEU crisis in March 2017 and reinforces the importance of academic freedom within EU law. Academic freedom, the Court emphasised, has “an individual dimension in so far as it is associated with freedom of expression and, specifically in the field of research, the freedoms of communication, of research and of dissemination of results thus obtained” but it also has “an institutional and organisational dimension reflected in the autonomy of those institutions”. It is protected by provisions of the EU Charter, including Article 13 which specifically states that, “The arts and scientific research shall be free of constraint. Academic freedom shall be respected”.

SAR’s European Director Sinead O’Gorman remarked that “This is an important legal victory for academic freedom in Europe. Together with colleagues across Europe, we must now push for its implementation”.

The leading Danish newspaper Politiken has announced Scholars at Risk and the Central European University (CEU), of Hungary, as recipients of this year’s Politiken Freedom Prize, in recognition of their contribution to protect threatened scholars and the freedom to think, 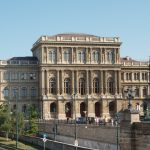 Proposed legislation submitted to Hungarian Parliament for consideration on June 4, 2019 threatens the Hungarian Academy of Sciences (MTA) and the academic freedom of thousands of scientists and researchers in Hungary. Scholars at Risk (SAR) has issued the below letter