Scholars at Risk (SAR) has sent to Thai authorities the below letter raising concern over the rapidly deteriorating health of two detained students, Mr. “Penguin” Parit Chiwarak and Ms. “Rung” Panusaya Sitthijirawattanakul. SAR calls on Thai authorities to immediately secure the students’ release on bail so they may get the appropriate medical care they need.

Via email to the Honorable Prayut Chan-ocha, Prime Minister of Thailand

RE: Grant Thai students the right to bail

I write on behalf of the Scholars at Risk Network to express grave concern over the rapidly deteriorating health of two detained students, Mr. “Penguin” Parit Chiwarak and Ms. “Rung” Panusaya Sitthijirawattanakul. SAR respectfully urges you to immediately secure the students’ release on bail so they may get the appropriate medical care they need.

Scholars at Risk (SAR) is an international network of more than 500 universities and colleges in 42 countries dedicated to protecting the human rights of scholars around the world, and to raising awareness, understanding of, and respect for the principles of academic freedom and its constituent freedoms of expression, opinion, thought, association, and travel. In cases like this, involving alleged infringement of these freedoms, Scholars at Risk investigates, hoping to clarify and resolve matters favorably.

SAR understands that, starting on July 18, 2020, students and other young people across Thailand organized protests demanding democratic reforms, including the resignation of Prime Minister Prayut Chan-o-cha and his cabinet, the drafting of a new constitution based on the will of the people, and an end to the repression of dissidents. Police arrested Mr. Parit,[1] a Thammasat University student in August 2020. In October of the same year, police arrested Ms. Panusaya,[2] also of Thammasat University. While both were initially charged with sedition for their participation in the protests, in late 2020, authorities added charges of lèse majesté (Criminal Code Section 112).

In both cases, the court has denied bail multiple times on the grounds that the gravity of the punishment makes flight likely. Mr. Parit’s health has deteriorated considerably since March 15, when he began a hunger strike to protest the denial of bail. On April 30, 2021, after over 40 days on hunger strike, the corrections department issued a statement announcing that Mr. Parit was hospitalized over concerns that he could go into shock with his worsening health condition. Since Mr. Parit started the hunger strike, he has lost more than 26.5 lbs (12kg). Mr. Parit further suffers from severe asthma, which raises additional health concerns. Despite this, Mr. Parit has been denied bail nine times. Ms. Panusaya’s health has also worsened after she started a hunger strike following a March 29 hearing during which the court again denied bail for Ms. Panusaya and Mr. Parit. As of this writing, Ms. Panusaya is being held in the Central Women’s Prison and has been denied bail five times.

We welcome any additional information that may explain these events or clarify our understanding. Absent this, the facts as described suggest that Mr. Parit and Ms. Panusaya are being detained and prosecuted as a result of the nonviolent exercise of the right to freedom of expression–conduct that is expressly protected under international human rights instruments including the Universal Declaration of Human Rights and the International Covenant on Civil and Political Rights, to which Thailand is a party. Detentions and prosecutions in connection with nonviolent political expression by student activists raise serious concerns about protection for free expression, academic freedom and the higher education space in Thailand.

SAR therefore respectfully urges you to direct the appropriate authorities to immediately release the students on bail; drop any charges against them that arise out of nonviolent expressive activity; and ensure that they are afforded due process, humane treatment, and access to medical care, family, and legal counsel, in accordance with international human rights obligations.

I thank you for your consideration and look forward to your response.

The Honorable Don Pramudwinai
Minister of Foreign Affairs of Thailand

The Honorable Somsak Thepsutin
Minister of Justice of Thailand

The Honorable Police Col. Suchart Wongananchai
Director General of the Department of Corrections.

Ambassador Pirkka Tapiola
Delegation of the European Union on Thailand 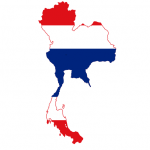 Scholars at Risk (SAR) has sent to Thai authorities the below letter raising concern over the detention of three students, Mr. “Penguin” Parit Chiwarak, Ms. “Rung” Panusaya Sitthijirawattanakul, and Mr. “Mike” Panupong Jadnok, and the lèse-majesté and sedition charges they