Today marks Dr. Abdul Jalil Al-Singace’s 100th day on a hunger strike in Jau Prison, Bahrain. For the past ten years, Dr. Al-Singace has been serving a life sentence for his nonviolent participation in a pro-democracy protest in 2011. Dr. Al-Singace started a hunger strike on July 9th to protest his ill-treatment in prison and to demand the return of his academic research, which was confiscated by prison authorities in April.

Scholars at Risk is especially concerned about Dr. Al-Singace’s health, which has severely deteriorated over the past 100 days. Dr. Al-Singace suffers from sickle cell disease and musculoskeletal issues. Since starting the hunger strike, Dr. Al-Singace has lost over 40 lbs, has a low white blood cell count, and has a deficiency in minerals and vitamins.

We call on Bahraini authorities to return Dr. Al-Singace’s research and immediately secure his release so he can receive the medical care he desperately needs.

You can support Dr. Al-Singace by signing this letter and tweeting at @BahrainCPnews to #FreeAlSingace. 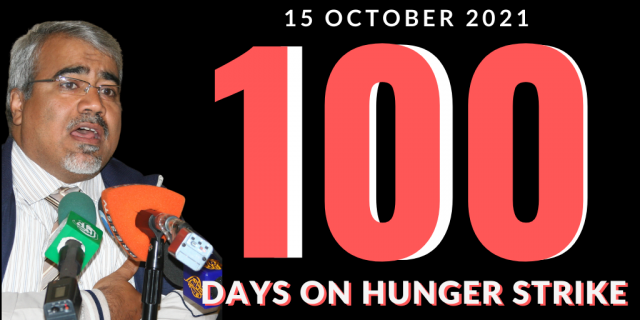