In advance of February 1, 2022, SAR calls on the international community to support Patrick George Zaki, a postgraduate student at the University of Bologna, Italy. On February 1, Mr. Zaki will be brought before the Emergency State Security Court for a charge of “spreading false news inside and outside of the country.” If convicted, Mr. Zaki faces up to five years in prison and would be stripped of his right to appeal.

Join SAR in calling on Egyptian authorities to take any available action to drop all charges against Mr. Zaki, secure his unconditional release, and allow Mr. Zaki to fly back to Bologna so he may complete his Master’s program.

At the University of Bologna, Mr. Zaki is pursuing an Erasmus Mundus Master’s Degree in Women and Gender Studies. In addition to his university studies, Mr. Zaki conducts research and advocacy on gender issues and human rights for the Egyptian Initiative for Personal Rights, a human rights organization based in Cairo. 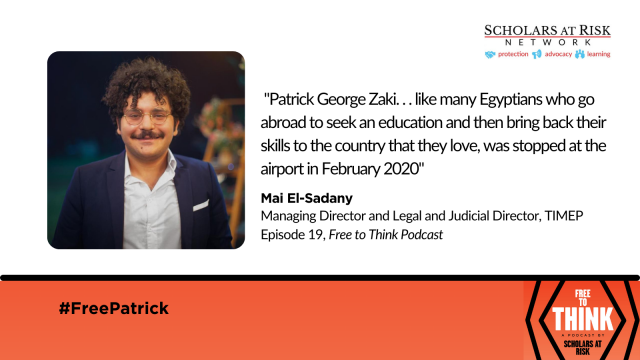 Almost two years ago, on February 7, 2020, the Egyptian National Security Agency arrested Mr. Zaki at the Cairo International Airport. Mr. Zaki was subject to interrogations about his time in Italy and his human rights work. Authorities brought him to an undisclosed location where he was allegedly subjected to torture, including beatings and electric shocks. Twenty-four hours after his initial arrest, Mr. Zaki was brought to a public prosecutor’s office, where he was ordered detained for an additional fifteen days. Since then, authorities have extended Mr. Zaki’s detention several times, postponed his detention renewal hearing, and transferred him to various detention facilities without notice to his family.

After 19 months in pretrial detention, on September 13, 2021, the State Security Supreme Prosecution (SSSP) indicted Mr. Zaki with a charge of “spreading false news inside and outside of the country,” based on an article Mr. Zaki wrote about his experiences as a Coptic Egyptian. The article titled “Displacement, Killing, and Restriction: A week’s diaries of Egypt’s Copts,” was published in Daraj in July 2019. On September 14, Mr. Zaki was brought before the Mansoura II State Security Emergency Court for the first trial session of his case. Rulings given by the emergency court are not subject to appeal. At the September 14 hearing, Mr. Zaki’s trial was postponed to September 28. On September 28, Mr. Zaki’s lawyer asked for a postponement in order to study a certified copy of the documents presented by the Prosecution, which had not previously been provided to her. The court adjourned the trial to December 7.

Learn more about Mr. Zaki’s case and attacks on scholars in Egypt in this Free to Think Podcast episode featuring Mai El-Sadany, the Managing Director and Legal and Judicial Director at the Tahrir Institute for Middle East Policy (TIMEP). 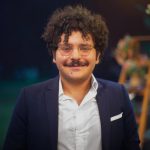 Scholars at Risk sent the below letter to Egyptian authorities calling for them to take any available action to drop all charges against Mr. Patrick George Zaki, secure his unconditional release, and allow Mr. Zaki to fly back to Italy,