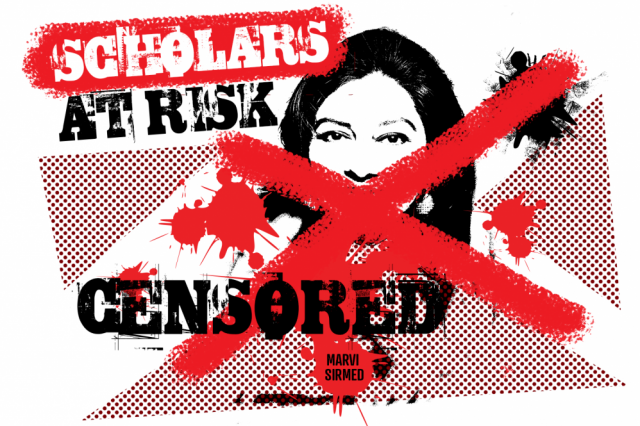 A piece by Jaclyn Severance, for UConn Today.

A journalist and activist, Marvi Sirmed faces threats of violence in her home country of Pakistan, but has found safety and academic freedom through UConn’s unique and longstanding partnership with the Scholars at Risk Network.

In 1991 in Pakistan, there was a surge of women being burned.

A stove would burst, the official report would say – a terrible accident – and only the young bride of the family would be injured or, more often, killed.

“It was very intriguing for me,” says Marvi Sirmed, a journalist and activist who was one of the rare young women working at a newspaper in Pakistan at the time. “When I started digging, first they said, ‘Oh, you know, because in the kitchen, only the daughter-in-law works, so everyone else remains unhurt.’