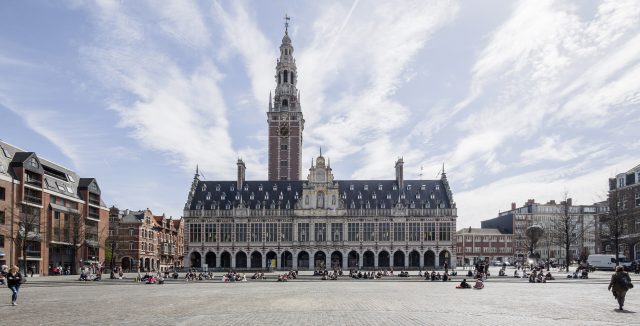 In 2021, KU Leuven welcomed the first two academics to be hosted by the university through the Scholars at Risk Network. The experience, while at times difficult because of COVID-19, has been rewarding for the scholars and the university. It has made our academic community aware of the many restrictions on academic freedom in the world and has provided opportunities for critical engagement and debate.

Framing the significance of Scholars at Risk for KU Leuven, Rector Luc Sels emphasized the importance of academic freedom for all universities, and for KU Leuven in particular, noting: “…we must remain alert, because without academic freedom, the university’s mission is placed in jeopardy.” Providing placement assistance and support to threatened scholars helps to not only improve their lives and careers, but  also contribute to the university’s mission to be a safe haven for those academics who dare to speak out in public.

Although these two scholars are only halfway through their one-year stay, this experience has already allowed them to reorient themselves on the academic market and in their respective fields. Their stay has also been rewarding for the faculties involved. The scholars participate in academic life, attending workshops and lectures, and bringing their own unique perspectives to discussions. Additionally, they lead seminars, give guest lectures and supervise dissertations, thus interacting with students and staff and contributing to the cultural and scientific pluralism of the university. Of course, the realities of COVID-19 have also had an impact on the integration of the scholars in the university, and it definitely has been a challenge for them to work from their Belgian homes for prolonged periods of time.

KU Leuven has learned that it is very useful to have a centralized funding mechanism for SAR placements. While KU Leuven has not created endowed chairs for SAR, our centralized funding system has made it possible to guarantee the placement of two academics per year. Moreover, the Flemish government has also acknowledged the importance of providing safe places for threatened researchers and has consequently developed a system of co-funding. Thanks to this co-funding by the Flemish authorities, we have even been able to host more scholars than first expected. Being able to  enter into  more long-term financial agreements with  faculties has allowed for better facilitation of SAR placements. While implementing the permanent capacity to include scholars at risk in our institution, we have developed organizational structures to guarantee that academics are effectively positioned in the university. In this setup, a small selection team is in charge of the initial screening of candidate profiles KU Leuven receives from SAR. Once a potentially suitable candidate has been selected, we can start discussing possible placements with research groups, departments, and faculties.

For most scholars the appointment will be limited to one year only. This implies that researchers should quickly start thinking about their future career options. That is why the HR Department offers professional placement advice at an early stage upon request.

KU Leuven is now in the process of hosting its third threatened scholar and is very much looking forward to a long and fruitful collaboration with Scholars at Risk in order to support academic freedom worldwide.