A pattern of repression targeting outspoken scholars and students threatens academic freedom and the development of Indonesian higher education, according to the Indonesian Caucus for Academic Freedom (KIKA) and Scholars at Risk (SAR).

In a joint submission to the United Nations’ Universal Periodic Review of Indonesia, KIKA and SAR highlight broad pressures and targeted actions by state and university actors that punish and silence dissent, inquiry, and academic expression since March 2017. Scholars were subjected to criminal and civil legal actions, including under the controversial Electronic Information and Transaction Law (ITE Law), for expression critical of the government, offering expertise in legal proceedings, and speaking about research findings in public settings. Students frequently faced arrest and police violence for protesting injustices and decrying corruption, as well as university disciplinary actions for raising apparently controversial questions and ideas—incidents that raise serious concerns over students’ academic freedom and free expression rights. The submission looks at a so-called “Science Law” from 2019 that for many local scholars raises concerns over a shrinking space for permissible research and international academic exchange. Academics also remain dismayed over threats to university autonomy waged by a rector appointment system that engenders corruption.

“We condemn attacks on scholars and students and call on the international community to join us hand-in-hand in defending academic freedom in Indonesia,” stated Dhia Al Uyun, KIKA’s chairperson and a professor of constitutional law at Brawijaya University. Since December 2017, KIKA has convened local scholars to discuss the state of academic freedom and opportunities to support the higher education community, including by promoting the Surabaya Principles on Academic Freedom.

This reporting cycle saw a troubling reversal of reported improvements in respect for academic freedom that had been made since the end of the Suharto regime in 1998. According to the Academic Freedom Index (AFi)—a tool jointly developed by the Global Public Policy Institute (GPPi), the Friedrich-Alexander-Universität Erlangen-Nürnberg (FAU), the V‑Dem Institute, and SAR—expert ratings of respect for academic freedom dropped from 0.75 in 2000 to 0.65 (out of 1.00) in 2021. Declines in academic freedom, as exhibited by the AFi and incidents reported in the joint UPR submission, raise serious concerns over Indonesia’s higher education future.

Ahead of the review, scheduled for November 2022, KIKA and SAR urge UN member states to call on Indonesia to (1) protect and promote academic freedom, university autonomy, and related human rights; (2) refrain from and investigate violations of the same; (3) establish an ombudsperson who can respond to academic freedom concerns; (4) revise the ITE Law and Science Law to conform to national and international legal standards and obligations relating to academic freedom and freedom of expression; and (5) strengthen university autonomy and reduce the risk of corruption in state higher education institutions, including by allowing university senates greater control over rector appointments.

About KIKA: The Indonesian Caucus for Academic Freedom (KIKA) is a national coalition of researchers and students who are concerned about human rights and fundamental freedoms, especially those related to academic freedom. KIKA was initiated on December 6, 2017 and became a consolidated organization in 2018. This organization meets annually to discuss academic freedom developments in Indonesia. Currently, KIKA has nine special task forces that, respectively, address (1) anti-sexual violence on campus; (2) academic integrity and culture; (3) freedom of expression; (4) student movements and student journalism; (5) policy orientation for higher education; (6) anti-corruption and anti-oligarch movement; (7) agrarian and environmental issues; (8) lecturer union; and (9) civil society and legal aid movement. KIKA has four autonomous branches at local levels, in Aceh, Papua, Bali, and East Kalimantan. Press inquiries for KIKA may be directed to Satria Unggul Wicaksana, at kebebasanakademik@gmail.com.

About SAR: Scholars at Risk (SAR) is an international network of over 600 higher education institutions and thousands of individuals in more than 42 countries that is leading the charge in protecting and offering sanctuary to threatened scholars and students. SAR’s mission is to protect higher education communities and their members from violent and coercive attacks, and by doing so to expand the space in society for reason and evidence-based approaches to resolving conflicts and solving problems. SAR meets this mission through direct protection of individuals, advocacy aimed at preventing attacks and increasing accountability, and research and learning initiatives that promote academic freedom and related values. SAR’s Academic Freedom Monitoring Project identifies and reports attacks on higher education to protect vulnerable scholars and students, hold perpetrators accountable, and prevent future violations. Press inquiries for SAR may be directed to Daniel Munier, at daniel.munier@nyu.edu. 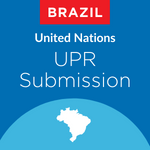 Beginning with the 2018 presidential campaign and election of President Jair Bolsonaro, Brazil’s higher education community has faced dramatically increasing threats to academic freedom and institutional autonomy. The government has increased control over the university space by cutting funds to

Over the past five years, academic freedom has been under immense strain in Thailand, where state authorities have used arrests, prosecutions (especially under the country’s lèse majesté law), surveillance, and other coercive actions to punish and restrict expression and inquiry 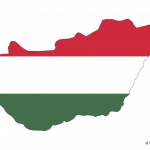 Since 2016, the higher education community in Hungary has faced escalating government pressures, in particular severe encroachments on university autonomy, including most prominently the government’s targeting and effective closure of a university. Scholars at Risk (SAR), in collaboration with the