A piece by Michele Catanzaro for Nature.

From Syria to Ukraine, Italian universities have set up projects to host displaced scholars. Now they need to look beyond the emergency and offer systematic solutions, experts say.

In Trento, Ghanya Al-Naqueb extracts oil from the seeds of prickly pears sent from Sicily and from her homeland, Yemen. She then analyses their chemical components and checks their effect on cells. The substance has potential for reducing cardiovascular disease and fat accumulation. 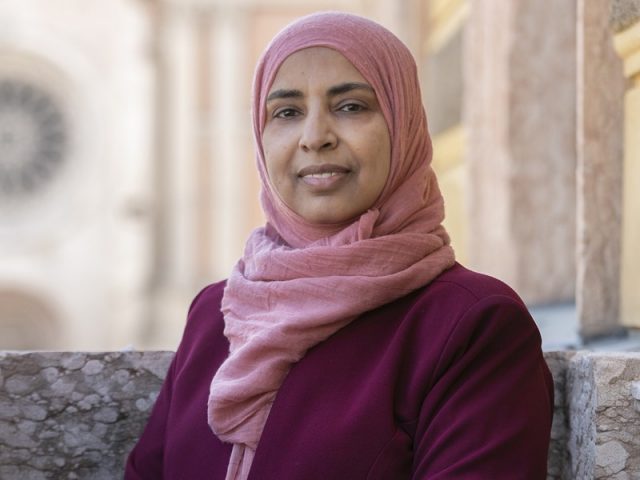 Ghanya Al-Naqueb fled Yemen in 2017 and now researches nutrition at the University of Trento. Credit: UniTrento/FedericoNardelli.

Al-Naqueb was a professor of nutritional science at Sanaa University, when she left Yemen in 2017. “I did not want to leave my country, but in 2015 my university was bombed,” she says. “I lost my animal house, samples were rendered useless because there was no electricity, and education was stopped for two years”, she recalls.

After two years in Germany, she arrived in Trento in August 2020, thanks to a grant set up for researchers at risk. The University of Trento is part of Scholars at Risk (SAR) Italy, an organization that coordinates the efforts of more 30 academic institutions in the country, to support researchers under threat. “Universities hosting scholars at risk understand that this saves important voices, allowing them to make advances in their fields, which in turn strengthens global knowledge”, says Sinead O’Gorman, director of SAR Europe.