Scholars at Risk sent the below letter to officials from the EU, UK, US, and UN urging them to do everything in their power to halt the imminent execution and secure the immediate release of Dr. Ahmadreza Djalali. Last month, the spokesperson for the Iranian judiciary stated that Dr. Djalali will be hanged once the review procedure of his case has been completed. SAR understands from Dr. Djalali’s wife, Vida Mehrannia, that she fears Iran may execute Dr. Djalali at any time and without warning.

See how you can help Dr. Djalali here.

RE: Urgent appeal to save Dr. Ahmadreza Djalali, at risk of imminent execution

I write again on behalf of Scholars at Risk to respectfully urge you to do everything in your power to halt the imminent execution and secure the immediate release of Dr. Ahmadreza Djalali, an Iranian-Swedish scholar of disaster medicine wrongfully sentenced to death in Iran.

The past six years—and especially the past six weeks—have been torturous for Dr. Djalali and his family. We appreciate Sweden’s stated commitment to support Dr. Djalali; however, we cannot overly stress the urgent need to do everything in your power within Sweden and work multilaterally however possible to prevent Dr. Djalali’s execution and secure his release and safe return to Sweden.

We thank you for your attention to this life-and-death matter and look forward to your reply.

The Honorable Roberta Metsola
President of the European Parliament

The Honorable Charles Michel
President of the European Council

The Honorable António Guterres
Secretary-General of the United Nations 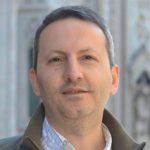 Iranian authorities have apparently postponed the execution of Dr. Ahmadreza Djalali; however, he remains at imminent risk of execution. Earlier this month, Iranian authorities stated that they were planning to execute Dr. Djalali by May 21. Yesterday, the spokesperson of