As a scholar of private law with over a decade of experience, Prof. Dr. Adbullah Shafaee conducts research on family law, constitutional law, property law, Islamic law, and women’s law, among others, and has been involved in drafting and amending acts. He is also working as a member of the Independent Commission for Overseeing the Implementation of 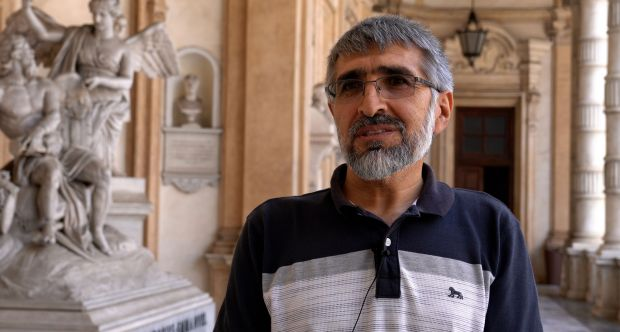 the Constitution (ICOIC). He is dedicated to advancing the fundamental rights of Afghan citizens, especially women and minorities. Shafaee’s academic activities and public criticism of extremism in Afghanistan, which were viewed as highly sensitive even prior to the Taliban’s rise to power in August 2021, exposed him to an increasingly precarious situation over the past year, and he sought safety outside Afghanistan.

Shafaee arrived at his SAR-arranged position at the University of Turin in May 2022. Since his arrival in Italy, he continues to contribute to the legal field, and has reaffirmed his commitment to advancing the rule of law in Afghanistan and combating extremism, particularly against the Hazara people. In an interview for UniTo News on World Refugee Day, Shafaee shared his desire to help his people by bringing awareness to the ethno-religious persecution and discrimination the Hazara people are facing in Taliban-ruled Afghanistan.