Scholars at Risk sent the below letter to authorities in Belarus expressing grave concern over the 15 year prison sentence given to Marfa Rabkova and calling for her immediate release. After nearly two years in pretrial detention, on September 6, 2022, the Minsk city court sentenced Ms. Rabkova, a student at European Humanities University, to 15 years in prison on 13 charges for her nonviolent expressive activity and work monitoring nationwide protests calling for Alexander Lukashenko’s resignation.

I write on behalf of Scholars at Risk to express grave concern for Marfa Rabkova, a student at European Humanities University (EHU), Lithuania, who was sentenced to 15 years in prison in apparent retaliation for her nonviolent expressive activity.

SAR last wrote to you about Ms. Rabkova on February 11, 2022, in response to the thirteen charges against Ms. Rabkova, including “organizing, participating in, and training others to participate in mass riots,” “inciting social hostility towards the government,” and “involvement in a criminal organization.”

Ms. Rabkova is a third-year student at the International Law and European Union Law program at EHU and the coordinator of the Volunteer Service at Human Rights Center Viasna. In that capacity, Ms. Rabkova monitored the nationwide protests calling for President Lukashenko’s resignation. On September 17, 2020, officers from the Main Directorate for Combatting Organized Crime and Corruption (GUBOPiK) arrested Ms. Rabkova and her husband, Vadzim Zharomsky. The GUBOPiK officers searched Ms. Rabkova and Mr. Zharomsky’s home, seized their personal belongings, and later released Mr. Zharomsky.

Over the past two years, Ms. Rabkova’s health has deteriorated; however, authorities have continued to deny her access to appropriate medical care. Authorities extended Ms. Rabkova’s pretrial detention multiple times and indicted her with several charges until her trial, which was closed to the public, began four months ago. On September 6, 2022, the Minsk city court sentenced Ms. Rabkova to 15 years in prison.

I welcome any additional information that may explain these events or clarify my understanding. Absent this, Ms. Rabkova’s detention, judicial harassment, ill-treatment, prosecution, and sentencing —in retaliation for exercising her rights to freedom of expression, assembly, and association—suggest a troubling disregard for international standards of due process, fair trial, and the humane treatment of prisoners, as guaranteed in the Universal Declaration of Human Rights and the International Covenant on Civil and Political Rights, to which Belarus is a party. 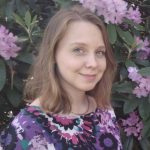