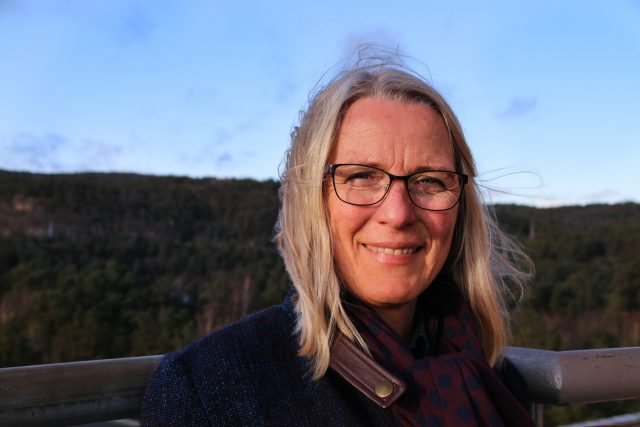 The University of Agder (UiA) has been a member of Scholars at Risk (SAR) since 2009 and was instrumental in the creation of a Norwegian section in 2011. In the past six years, Agder has supported nine scholars, and also chaired the section steering committee, witnessing a tremendous growth in hosting capacity across the country.

In 2012, the University board granted funds for a pilot hosting program and we welcomed our first SAR scholar from Syria, shortly after war had broken out in her home country. She is a scholar of theater, who introduced her students to Arabic theatre, ultimately staging a play with them, and later touring Norway with the performance “Forbidden Monologues,” based on the real stories of threatened scholars. As the Chair of SAR Norway, I focus here on our first hosting experience because there was a steep learning curve for everyone involved. But it was also a success, which led us to apply for and receive permanent funding, first for one scholar, then two, and this year for the first time there are three SAR scholars hosted simultaneously at UiA.

Since 2011, our nine scholars represent seven different countries and eight disciplines, bringing new perspectives, academic traditions and knowledge to our university. Scholars also generously share their expertise and personal networks with students and faculty. In one instance, a scholar facilitated special access to a film festival in India for a group of film students at Agder. Speaking for myself, I have deepened my understanding of new countries and cultures, heard fascinating life stories, seen patience, courage, determination and dignity, and have made some life-long friends. As our Rector says, this is truly “Internationalization at Home.” We have learnt something from every single scholar, which is exactly what makes it so rewarding to do this kind of work.

We normally offer a two-year position, because we realized early on that it is time-consuming to recruit, and the beginning of a placement generally presents challenges, especially for the scholars. It takes quite a lot of time to finalize paperwork and to adapt to a new country, so scholars will generally find the second year to be more productive. For visiting scholars, challenges during the adjustment process include loneliness, constant worry for those they left behind, and feelings of uncertainty for the future since the placements are temporary. For some, exile implies loss of position and standard. Sometimes language barriers are significant, which is particularly hard for academics whose fields depend heavily on writing.

We’ve seen our scholars adapt impressively well to Norway, despite the dark and gloomy winters. I do recall a Yemeni scholar sharing that she panicked when she heard about receiving a position offer from Norway. But she accepted. And though some aspects remain a challenge, such as Ramadan during a Scandinavian summer when the sun hardly sets, she has stayed and is adjusting well. In my experience, the scholars that seem to cope the best and enjoy their stay the most are those who manage to be curious about everything new and unfamiliar, and who try to pursue activities outside of work, whether it be sports, culture, or other interests. We hope that, like her, at-risk scholars who come to Norway and all other parts of the world find the support systems they need to be safe, continue their scholarly work, and thrive.