In the autumn of 2021, five universities in Belgium’s northern region of Flanders decided to intensify their support of SAR’s activities. By December 10th, on International Human Rights Day 2021, we officially formed a SAR Flanders section. Since then, two major developments have led to a greater awareness of and appreciation for the work of SAR in Flanders.

First, an increase in funding has bolstered SAR Flanders’ capacity to support at-risk scholars. The Flemish Interuniversity Council (VLIR) submitted a request to the Government of Flanders to co-fund the hosting of scholars at risk by Flemish universities. Minister-president Jan Jambon generously approved a budget of EUR 200,000 which allowed us to host five scholars, with the individual universities providing at least half of the required budget. The government’s grant also acted as an incentive, with three universities hosting more than one scholar during the previous academic year. During the 2021-2022 academic year, our members hosted nine scholars in total from Turkey, Afghanistan, Yemen and Syria. The grant was also crucial in establishing SAR Flanders within the VLIR, and we want to continue this commitment in the coming academic years. 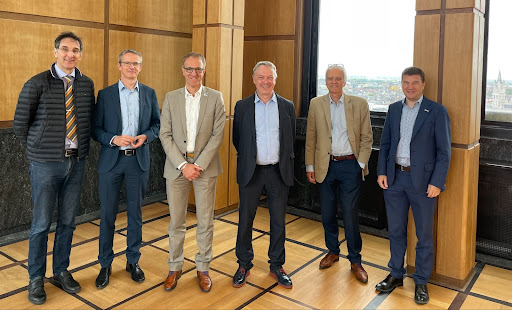 For some universities, the hosting of threatened scholars was a completely new experience, requiring discretion and careful consideration. Maintaining active collaboration across institutions within SAR Flanders has helped facilitate problem-solving when questions arise. The SAR contact points in the five universities keep in close contact with each other and they report once a year to the VLIR Working Group on Internationalisation. They found that though serious delays in visa delivery procedures created some frustration, in the end, these problems were eventually solved.

The second reason for increased Flemish engagement in the SAR network has to do with the importance that our universities give to human rights. Within VLIR we developed a human rights assessment tool, allowing researchers to check the risks of human rights violations when entering new international partnerships. The tool is now being implemented by all the Dutch-speaking universities of Flanders and the Brussels-Capital Region. Additionally, in order to stimulate peer learning, our academic experts meet at least once a year to discuss how they dealt with difficult cases. Flemish universities strongly advocate for value-driven international cooperation, both in terms of students and staff mobility and research partnerships. They will continue to do so because these intentional partnerships can exist only if academic freedom and the freedom of speech are guaranteed.

Over the next months, VLIR will engage with its French-speaking Belgian counterparts within the Rector’s Conference, French Community of Belgium (CRef) and Academy of Research and Higher Education (ARES) to explore pragmatic ways to join forces and to increase the overall Belgian contribution to SAR.