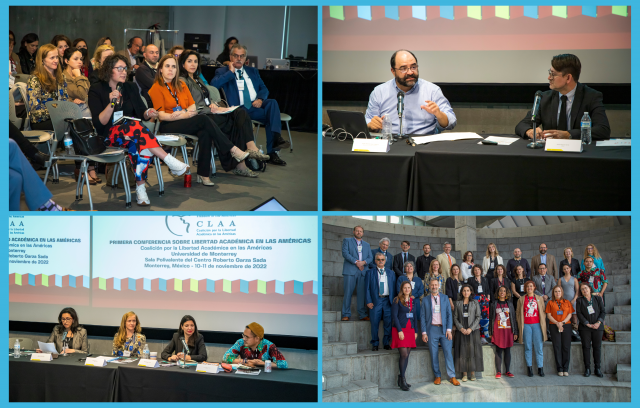 The First Conference about Academic Freedom in the Americas, organized by Coalition for Academic Freedom in the Americas (CAFA), was held November 10 – 11, at the University of Monterrey, Mexico. The conference featured panels on academic freedom concerns in the region, notably in Brazil, Mexico, the United States, and Venezuela. Other discussions included the effects of gender violence on higher education communities, and the impact of censorship and legislative interference on the higher education sector.

The conference served as the global launch of Scholars at Risk’s Free to Think 2022 report, which analyzes 391 attacks in 65 countries and territories around the world. SAR Advocacy Director Clare Robinson presented the report, emphasizing the need for a collective response to attacks: “If we value the advancement of knowledge, we must act to protect academic freedom.”

Conference participants discussed ways to address attacks and improve academic freedom conditions in the region, including by conducting research, publishing articles, making legal submissions, and gathering again at the second CAFA conference in 2023, for which planning is already underway. As was said by SAR’s Executive Director Rob Quinn at the conference, “the fight for academic freedom is the fight for the future.” SAR looks forward to working with our partners in the Americas to continue that fight.