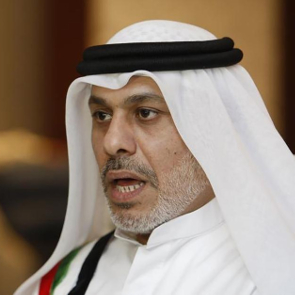 Dr. Nasser bin Ghaith is a prominent economist and former lecturer at the University of Paris IV Abu Dhabi who was convicted and sentenced to ten years in prison on charges apparently relating to his peaceful exercise of the rights to free expression and association. Dr. bin Ghaith has publicly called for political reform and human rights in the UAE. Read more.

UAE state security forces arrested Dr. bin Ghaith on August 18, 2015 and brought him to an undisclosed location where he was denied access to his family, lawyer, and medical treatment for nearly eight months until he was granted his first hearing on April 4, 2016, at which he was not allowed to speak with his lawyer.

Dr. bin Ghaith attended several more hearings, during which the court examined charges laid against him, including “committing a hostile act against a foreign state” and “posting false information in order to harm the reputation and stature of the state and one of its institutions.” The charges apparently relate to a series of tweets in which he reportedly criticized the Egyptian regime, an ally of the UAE, for failing to hold anyone accountable for the 2013 Raba’a Square Massacre in Cairo, as well as tweets claiming that he had not been granted a fair trial as part of the “UAE5” case. At his last hearing, on December 5, court officials transferred his case from the State Security Chamber to the Federal Appeal Court, allowing Dr. bin Ghaith to appeal the charges against him. On March 29, 2017, Dr. bin Ghaith was convicted by the Abu Dhabi Court of Appeals and sentenced to ten years in prison.

On December 18, 2018, rights groups reported that Dr. bin Ghaith was more than seventy days into a hunger strike. Dr. bin Ghaith began the hunger strike in October 2018 and refuses to end it because Emirati authorities have not released him while releasing others, including detained Durham University PhD candidate Matthew Hedges. Dr. bin Ghaith went on a hunger strike in April 2017 and February 2018 in protest of his arbitrary detention and his mistreatment in the Al-Razeen maximum security prison. Authorities at Al-Razeen prison have reportedly denied Dr. bin Ghaith of blood pressure medication and medical care despite his visual impairment, inability to stand by himself, and other health concerns. Authorities also banned Dr. bin Ghaith from receiving family visits since September 2018. Reports of abuse, torture, strip searches, sexual harassment, and denial of medical care in Al-Razeen prison remain common without investigation into such allegations.