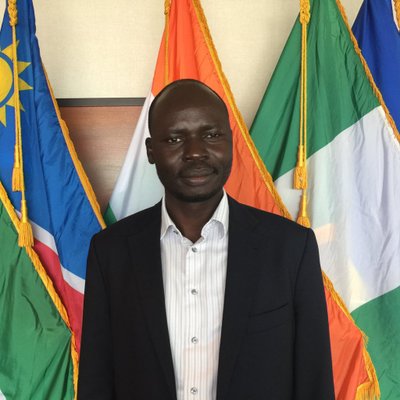 Peter Biar Ajak is a PhD candidate at University of Cambridge and is a prominent political activist who was arrested by National Intelligence Security Service officers on July 28, 2018. Mr. Ajak, one of the “lost boys” who came to the US in 2001, has actively supported and engaged with South Sudanese civil society. He completed degrees at La Salle University and Harvard University before commencing doctoral studies at Cambridge University. Read more.

UPDATE: On January 2, 2020, Mr. Ajak and thirty others were pardoned and released on the presidential decree. SAR welcomes his release, and we are grateful to everyone—members, Student Advocacy Seminars, Academic Freedom Legal Clinics, and the global higher education community—who helped SAR advocate for Mr. Ajak. Join SAR in helping imprisoned scholars by taking action through SAR’s Scholars-in-Prison Project.

Mr. Ajak is a founding member and director of the Center for Strategic Analyses and Research, a founding chairman of the South Sudan Young Leaders, and as a regular contributor to a local television program. Mr. Ajak has been publicly recognized for his leadership abilities, as the recipient of the Atlantic Council Millennium Fellowship, Desmond Tutu Leadership Fellowship, and the Crans Montana Forum’s New Leader for Tomorrow Award.

On July 28, 2018, South Sudanese National Intelligence and Security Service (NISS) officers arrested Mr. Ajak at Juba International Airport. Mr. Ajak was preparing to fly to Aweil, a city in the northwest of South Sudan, to attend the Red Army Foundation commemoration day, an annual event to commemorate the former child soldiers who fought in Sudan People’s Liberation Army for South Sudan’s independence. Since his arrest, he has been held at the NISS headquarters’ “Blue House,” a prison in Jebel notorious for its alleged use of torture on detainees. Reports indicate that Mr. Ajak was not provided access to legal counsel until September 7, 2018.

On March 21, 2019, for the first time since his arrest, Mr. Ajak appeared in court with six others who have been imprisoned in the “Blue House.” The court charged them with treason, sabotage, insurgency, and weapons possession, for allegedly staging an uprising in October 2018 in the “Blue House.” The accused, including Mr. Ajak, pleaded not guilty. On March 25, Mr. Ajak disputed a document presented as his testimony arguing “the investigation was conducted under gunpoint to my head.” In April, the charges against Mr. Ajak were dropped and a new charge of “disturbing the peace” was issued.

On June 11, South Sudan’s high court in Juba sentenced Mr. Ajak to two years in prison on a charge of “disturbing the peace” for giving interviews to foreign media. Mr. Ajak’s lawyer reported that the charge appears to stem from when Mr. Ajak reportedly spoke to Voice of America during the alleged uprising in the “Blue House.” Mr. Ajak’s lawyer reported that they will appeal the conviction. No charges have been brought against Mr. Ajak in relation to his arrest in July 2018.