Pontifícia Universidade Católica do Paraná will host a Virtual Speaker Series, titled The Contours of Authoritarian Neoliberalism in Turkey: From the Military Dictatorship to the Present, with Dr. Sumerkan Bozkurt Gungen. This lecture will examine major political-economic dynamics behind the recent rise (or resurgence) of authoritarianism in Turkey, and what the democratic backsliding tell us about the relationship between the rule of law, democracy and neoliberalism. 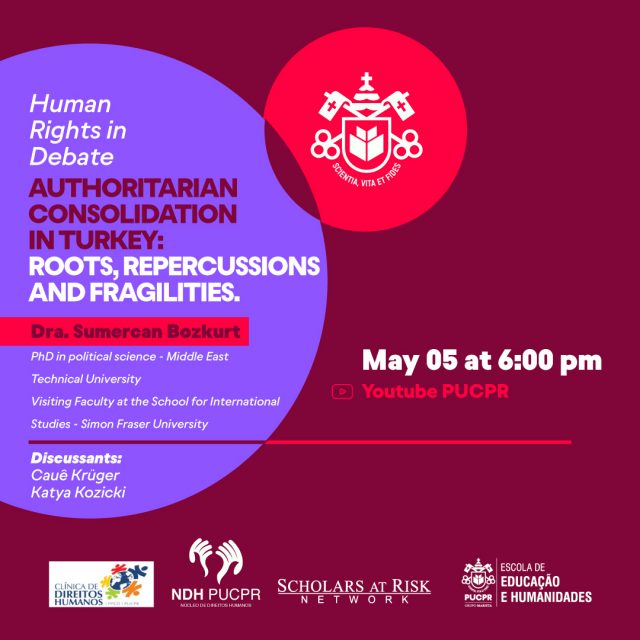 Dr. Bozkurt is a visiting faculty member in the School for International Studies at Simon Fraser University. She holds a Ph.D. in political science from the Middle East Technical University. Before joining SFU, she was a visiting assistant professor at York University/Canada, where she taught courses on global poverty and inequality, labour and globalization, political power and political economy, and business and society. Her research broadly focuses on exploring and identifying the interlinkages between development strategies pursued in the Global South in the early twenty-first century and transformations in the world of work and employment relations. In her Ph.D. dissertation, she examined the transformation of labour markets and forms of state involvement in labour relations in Turkey and Argentina between 2001 and 2015. Dr. Bozkurt has articles published in academic journals such as South European Society and Politics and Journal of International Relations & Development,