This talk examines the brief but remarkable presence of leftist Brazilian lesbian politician Marielle Franco, who was assassinated on March 14, 2018 in a still unresolved case.

What can we, as scholars, learn from the study of Marielle Franco’s political (after)life? The talk will address her parliamentary strategies from a queer/lesbofeminist perspective fighting against institutional/life-threatening repression as a minority force and the inherent issues that her presence brought to light. Along with this, we will also address the persistent continuation of her struggle through many diverse demonstrations of supporters and institutions after her death. By theorizing the stakes, successes and the limits of her presence/absence in Brazil during a conservative (necro)political and neoliberal turn, the talk will also shed light on precarious forms of life and the challenges to make space for them in academic environments.

Followed by a discussion with 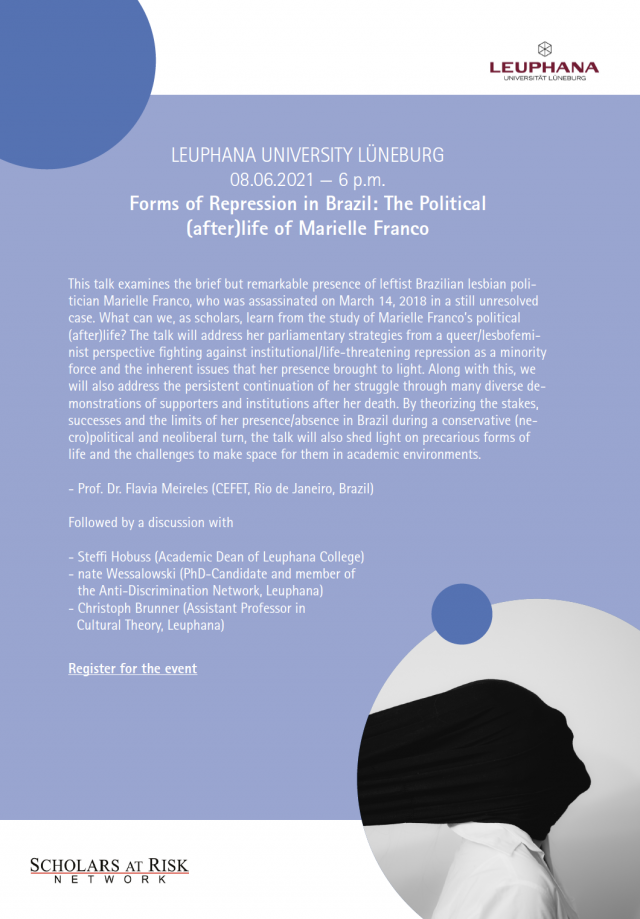