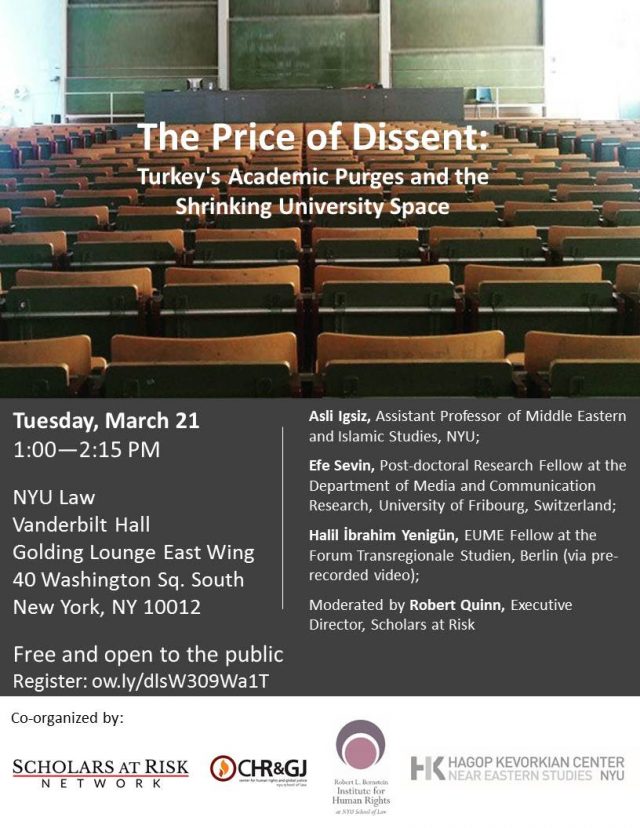 In the wake of a coup attempt in July 2016 the president of Turkey declared a state of emergency, which remains in place eight months later. During that time, the government has suspended, detained and placed under investigation tens of thousands of people, including more than 4,000 academics. What does this crackdown on dissent mean for the future of higher education in Turkey? With a constitutional referendum on the president’s powers set for April 16, what role should universities in Turkey and abroad play in protecting human rights?

Please join the Center for Human Rights and Global Justice, Scholars at Risk, the Bernstein Institute for Human Rights, and the Hagop Kevorkian Center for Near Eastern Studies to discuss these and other questions on recent events in Turkey.