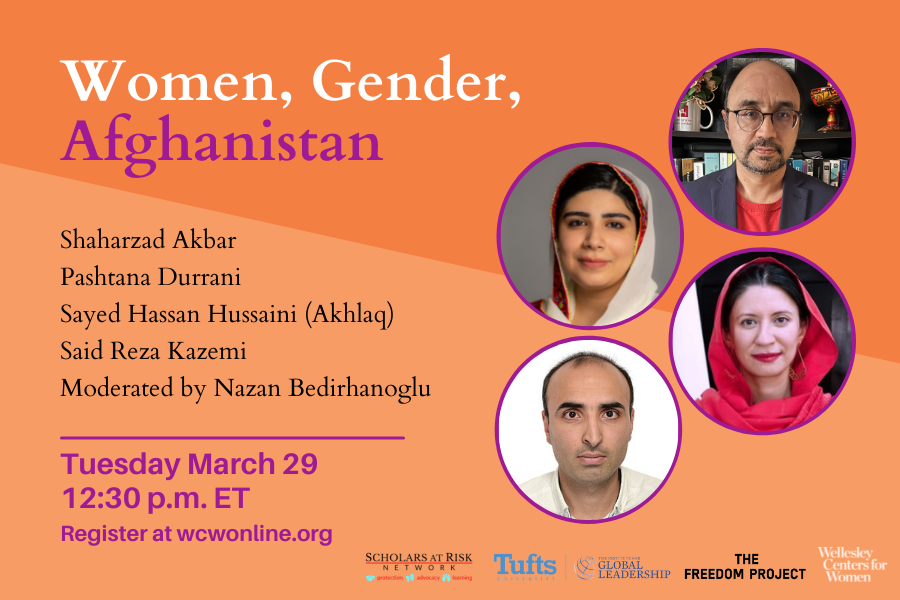 Women and girls in Afghanistan have been the focus of the international community since the early 2000s, triggered by the United States war in Afghanistan. The initial narrative of ‘saving the Afghan women’ was instrumental in the justification of the U.S.-led military operations and the war on terror. The international feminist movement, including many Afghan women, criticized this discourse, highlighting women’s agency and women’s own longstanding struggle for rights in their own country.

Twenty years later, on the heels of the United States’ withdrawal from Afghanistan and the return of Taliban rule, women’s rights are once again at stake. As women human rights activists and scholars, many of whom grew up during a period of relative freedom only to have it taken away, and whose rights and daily existence are now threatened under the Taliban regime, relocate in the U.S. and other countries, we are in a position to deepen our understanding about the situation by hearing from Afghan women leaders directly. How did women in Afghanistan fight for their rights over the last two decades? To what extent did women’s status in society change? What will happen to women’s rights and to the legacy of women’s activism in the country in the near and medium term? And what is the foundational nature of gender in Afghanistan? This program, which will feature experts on human rights and gender politics in Afghanistan, will address these questions and more.