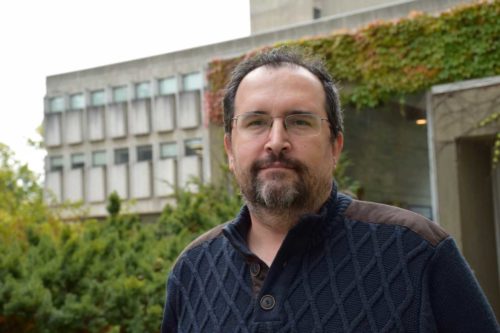 A few months ago, the academic career of Evren Altinkas was in tatters. Forced to resign from the university where he taught in his native Turkey and blacklisted because of his political views from teaching in any state-run university in the country, he believed that his lifelong dream of being a professor was lost.

Thanks to the University of Guelph’s support of the international Scholars at Risk program — which protects persecuted academics around the world — the historian is now free to teach and conduct research as a visiting professor of history at U of G. The harassment and intimidation he experienced in Turkey is behind him.

May 29 was a day of unbearable tension for Altinkas and his family. Up until the final moments before boarding a plane at the Adnan Menderes Airport in Izmir, he doubted whether he would be allowed to leave Turkey. An airport police officer held his fate in his hands.

“That was the most crucial moment in my life,” said Altinkas, 40. “I didn’t know if I would be able to cross the border with my family or if I would be arrested and taken away. The officer could have seized my passport right there.”

The official had already stamped passports for his wife and two daughters, meaning they had crossed the symbolic line to freedom. But something about Altinkas’s documents had triggered an alert about his dissident political views and the charges against him levelled by the government.

“Finally, the officer looked at me, stamped my passport and said, ‘OK, go.’ His hand gesture was like: ‘Go! Get the hell out of this country and let us be rid of you.’”

The Middle Eastern history expert will share his experience and discuss academic freedom and freedom of speech on Tuesday, Nov. 13. His public lecture begins at 6 p.m. in Alexander 100.

He said the lecture is his way of giving back to a community that has embraced him and rejuvenated his career.

“One way the government of Turkey acts towards academicians who are against the government or critical of it is to purge them out of the universities, seize their passports and remove their right to be employed in any part of the country,” he said. “In effect, they are kept under a kind of open imprisonment.”

Early on in his academic career, he studied the treatment of minorities in the country, including women, members of the LGBT community and other groups such as Kurds, Armenians, Greeks and Jews.

“My focus was also to provide a chance for my students –who considered themselves to be members of these minority identities — to express themselves in my classrooms and civil society organizations.”

Near the end of his career in Turkey, Altinkas faced increasing pressure to resign, including being falsely accused of not keeping proper office hours. His salary was cut, and he was assigned to teach unfamiliar courses.

His wife, a painter and academic, endured similar pressure, he said. They were told that all investigations and allegations against them would be dropped if they resigned — and so they did.

Altinkas was influenced by an uncle who was imprisoned and tortured by the Turkish regime because of his leftist views.

“They took him one night,” Altinkas said. “I was just two-and-a-half years old, but I remember soldiers walking into our room, taking him into custody, where he stayed for approximately two years. He was tortured very badly.” The uncle ended up in Germany, where he lived in an exile camp for about 10 years. He was unable to pursue his academic dreams, but encouraged a young Evren to become a professor.

Said Altinkas, “When I was at university, the main issue that was important for people like me was that instead of dreaming of a utopian society that would maybe happen in a post-apocalyptic world, I decided to focus on the reality in my country, examining human rights violations — the people who were persecuted by the government or by the majority.” 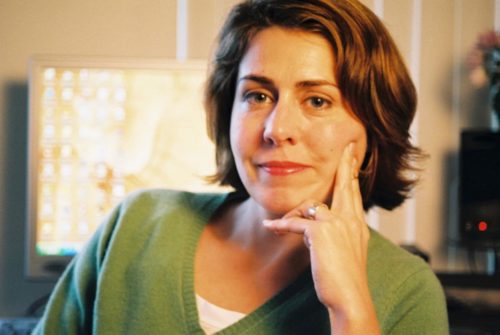 Philosophy professor Monique Deveaux, holder of the Canada Research Chair in Ethics and Social Global Change, was the driving force to make U of G an institutional member of Scholars at Risk.

“It is about academic freedom and freedom of speech, but also the protection of scholars that are at risk,” Deveaux said. “I feel it is just our duty to try to help fellow academics whose careers are derailed because of government repression.”

Coming to Guelph and to U of G has rejuvenated Altinkas.

“I’m happy I can do my scholarship. I have a lot of time to conduct my research at the library. I’m able to spend a lot of time with students, who come and ask me so many questions about the Middle East and other issues in the world. I’ve never experienced this level of acceptance in a society before.”