The Norwegian Section of Scholars at Risk (SAR), SAR-Norway, was launched in 2011. All Norwegian universities, as well as several public and private HEIs, are members. In addition, the Norwegian Association of Higher Education Institutions, the Researchers Union and SAIH are associated members.

The Norwegian section shall first and foremost promote SAR’s core values, mission and activities in Norway, and coordinate and carry out joint activities and initiatives. SAR-Norway is headed by an elected Steering Committee, which serves for a period of 2 years. The head of the Steering Committee also serves as secretariat. There are membership meetings twice a year and a General Assembly every 2 years.

SAR-Norway works with national and international organizations working to promote Human Rights and to protect Human Rights Defenders, and seeks continuously to expand the network.

Between 20 and 30 scholars have been hosted by Norwegian HEIs since the start of SAR-Norway in 2011. 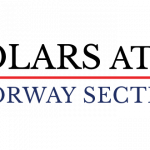 Ten Years of Protecting Academic Freedom - What will the Future Bring?

Scholars at Risk - Norway Section will mark its 10 years anniversary by discussing how its member institutions and society at large can strengthen academic freedom in the the time to come, by also learning from past experiences. 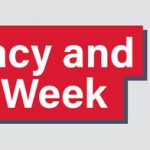 The 2021 Annual Report of the Secretary General of the Council of Europe on the state of Democracy, Human Rights and the Rule of Law in Europe will be published on May 6, 2021.

Scholars at Risk invites you to its Global Congress on 25-28 March 2020, convened in partnership with Johns Hopkins University and the American Association for the Advancement of Science (AAAS).

The Norwegian Association of Researchers 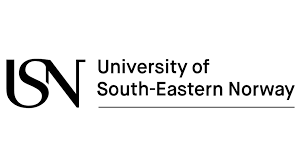 For questions about the Norwegian section of Scholars at Risk, please contact the current head of the SAR Norway section: Karen-Lise Scheie Knudsen ( karen.knudsen@uia.no) from the University of Agder.

SAR Sections are groups of higher education institutions and associations, that are members of the SAR network, nationally or regionally focused and organized specifically to coordinate participation in SAR activities. Unless otherwise indicated, the views represented by a SAR section, its members, or its affiliates reflect those of the originating author or section, and do not necessarily represent the views of SAR, other SAR sections, individual members, affiliates, board, staff, or sponsors. The use of the SAR name, logo, or other identifying material is for the sole purpose of identifying the relationship of the section, its members, or its affiliates with SAR, subject to approval of such use by the SAR board, as provided in the SAR bylaws.