The SAR Swiss Section (SAR Switzerland) is committed to promoting the values, mission and activities of Scholars at Risk by sharing information on good practice and by initiating joint activities with all section members.

Assembly decisions are implemented by a Steering Committee that is chaired by Roger Pfister (Head of International Cooperation, Swiss Academies of Arts and Sciences) and comprises four members: Annie Cottier (University of Bern), Sara Elmer (University of Zurich), Luna Iacopini (University of Applied Sciences and Arts of Western Switzerland HES-SO) and Catrin Scheiber (University of Lucerne).

For more information, please consult the Flyer and Terms of Reference of SAR Switzerland. 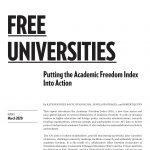 Researchers have published a new index of the state of academic freedom worldwide and across time in a bid to better defend a value that remains under attack in many places. 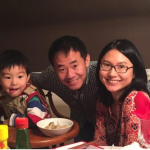 Chinese-born Princeton student Xiyue Wang, sentenced to 10 years in prison in 2016, exchanged for Iranian scientist Masoud Soleimani who was arrested in the USA

Launch of project "InSPIREurope: Initiative to Support, Promote and Integrate Researchers at Risk in Europe"

Ten European partner organisations have launched an ambitious new initiative to support researchers at risk. The SAR Swiss Section supports the initiative as an Associate Partner. The initiative is funded under the European Commission’s Marie Skłodowska-Curie Actions and coordinated by Scholars at Risk Europe at Maynooth University, Ireland. InSPIREurope forges a coordinated, cross-sectoral, Europe-wide alliance for researchers at risk. 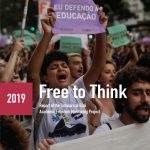 Free to Think 2019 is the fifth installment of an annual report by SAR’s Academic Freedom Monitoring Project, analysing 324 attacks on higher education communities in 56 countries between September 2018 and August 2019. 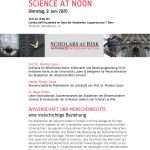 Event of the Swiss Academies of Arts and Sciences and their Delegate for Human Rights. 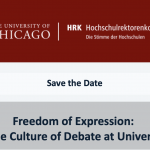 Freedom of Expression: On the Culture of Debate at Universities 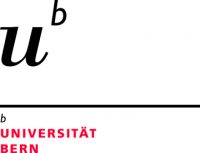 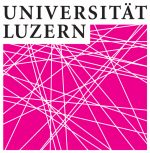 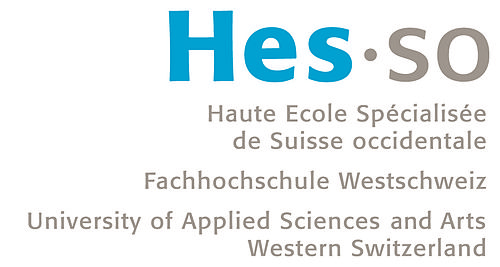 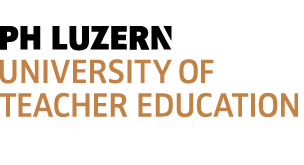 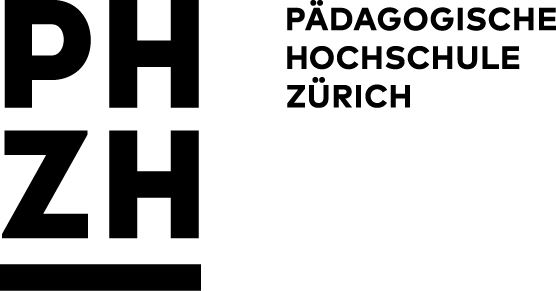 Higher education institutions in Switzerland so far hosted SAR scholars from the Democratic Republic of Congo, Serbia, Syria and Turkey. They share their experiences below.

Dr Çağla E. Aykaç, Turkey (University of Geneva, 2017)
I was part of a group of scholars to sign the petition «We will not be a party to this crime!» in early 2016, calling for a return to the peace process in Turkey. Following this, we were accused of treason and hunted down in universities. I received death threats, like many colleagues, and had to be escorted on campus for protection purposes. Eventually, I was “encouraged” to resign from my academic position, after six years of tenure track teaching. I left with a colleague, as we knew our academic carrier in Turkey was over. Integration as a SAR scholar at the University of Geneva and its School of Social Sciences was greatly facilitated by colleagues from different units who organised and invited us to public lectures and seminars, and tried to find additional support to host us. Challenges were bureaucracy, work permits and housing issues; language skills are essential for integration. I continue to research and teach at the University of Geneva until today, and I mentor students who are in Turkey and cannot leave the country. 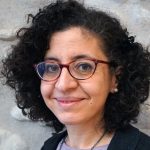 Prior to the civil war, I was a professor in Computer Science in Damascus, Syria. Forced to flee my country in 2012, I moved to Lebanon. In 2013, I secured a scholarship with Scholar Rescue Fund, and my family was preparing to move to Switzerland. SAR support was key to open the door to Swiss academia by facilitating the connection with the University of Geneva first and then with the University of Applied Sciences and Arts of Western Switzerland. This two-year fellowship allowed me to update my skills, conduct research and teach. SAR support was essential to help me rebuild my professional network, which is crucial. While not able to continue in the small and highly competitive Swiss academia, I am contributing to refugee education, which is the most meaningful mission for me as an exiled scholar. Oula Abu-Amsha’s research profile 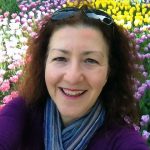 I left Turkey in 2016, after the dismissal from my academic position for signing the petition “We will not be a party to this crime!” and realising that the situation would become riskier for us signatories. After a two-month visiting scholarship in Paris, I came to the University of Lausanne as a SAR scholar. The stay there allowed me to continue my research on women’s health, to publish articles, give talks at conferences and co-organise two international symposia. I also engaged in activities to raise awareness regarding academic freedom in Turkey and to increase hosting opportunities for SAR scholars in Switzerland. Despite the very supportive environment in Lausanne and by SAR Switzerland, my situation as a senior researcher and as a temporary faculty was challenging: I was not eligible for Postdocs and did not qualify for many available grants. An additional limitation was the restriction concerning residence permits for scholars from non-EU countries. Ayse Dayi’s research profile 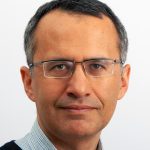 In the wake of the coup d’état attempt in Turkey in 2016, I lost my position as associate professor in environmental engineering at Tunceli University. My wife also lost her academic position, two lawsuits were opened against us and our passports cancelled. Seeing that many public officers were arrested, we fled with our two children and sought asylum in Switzerland. I found employment for two years at the University of Bern, whose funding was matched by the Scholar Rescue Fund, allowing me to publish in a well-respected journal, improve my research skills, learn German and established contacts with ETH Zurich and Eawag, where I found a one-year position. The stay in Bern greatly facilitated my integration in Switzerland, but finding long-term employment in academia or industry is challenging. Veysel Demir’s research profile

After fleeing the war situation in my home country, the University of Geneva offered me a safe place to work in the Department of Geography and Environment in 2018. Working there was a great opportunity to collaborate with many local and international colleagues, and to learn from the latest scientific discoveries in my field of expertise. At the same time, I could share my experience related to transport networks in Syria through presentations in a series of internal university seminars. The stay in Geneva also stabilised the life of my family, in particular my daughter. Having suffered from moving between countries, she settled down and integrated with colleagues, began to speak French and is making great progress in her studies. Farès Mahmoud’s research profile

I fled my home country in 2008 following numerous death threats I received related to my research as a political scientist on civil wars and my commitment as a human rights defender. A scholarship from the Scholar Rescue Fund allowed me to continue my work at research institutions in Senegal and then Côte d’Ivoire. Following the outbreak of the civil war there in 2010, I obtained a safe haven at the Institute of Political, Historical and International Studies of the University of Lausanne within the framework of Scholars at Risk. With support from both University of Lausanne and SAR, I was granted asylum in Switzerland. This greatly facilitated the completion of my PhD, following which I could work at the Geneva Graduate Institute’s Small Arms Survey programme during 2019. Guilain Mathé’s research profile 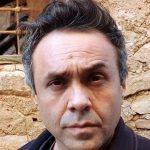 With a PhD in Sociology from EHESS in Paris, I returned to Turkey in 2012, excited to contribute to the beginning peace process between the Turkish government and the Kurdish political movement. Yet, during 2015/16 I lost three academic positions on grounds of my Kurdish and Alevi identity as well as of my academic activities related to the political situation, including the signing of the Academics for Peace petition “We will not be a party to this crime!” against war and violence. After settling in at the University of Geneva, I published a book and newspaper articles, and spoke at conferences. The solidarity and friendship from colleagues were incredibly valuable. Yet, the uncertainty made me move to France where I obtained a fellowship from the PAUSE programme for Paris 8 University until October 2019. My situation in France is precarious, and returning to Turkey is not an option. Engin Sustam’s research profile 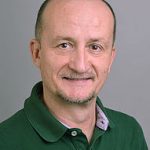 After ten years at the helm of the National Library of Serbia, the government removed me from office in 2012, accusing me of “supporting terrorism” because I had co-signed an appeal with Serbian writers to stop a political motivated media campaign against an Montenegrin author. The authorities also launched an orchestrated media campaign against me that lasted for months. When the Minister of Internal Affairs, who had publicly threatened to arrest me, became prime minister, I went into exile. In 2016 I could enroll as a PhD student at the University of Lucerne, with employment as a Research Fellow. This allowed me to write up my doctoral thesis, and to share my literary knowledge through lectures in Lucerne and beyond on post-Yugoslav literature and on the relation between politics and art. This was all possible due to a supportive environment at different levels at the University of Lucerne. Sreten Ugričić’s research profile