The conflict in Syria has given way to a refugee crisis on a scale not seen since World War II. Over four million refugees have fled to neighboring countries or made the treacherous journey to Europe. These include potentially hundreds of thousands of students and scholars who have been driven out of the university space by the violence and fear brought on by ISIS and the Assad regime. We’re fortunate today to speak with Naila Al-Atrash, a SAR scholar from Syria who is all too familiar with the risks facing her compatriots.

Naila is one of the most highly celebrated directors in Arab theater today and has also earned renown as an innovative actress and scholar of theater arts. Naila has headed the Acting Department of the Syrian High Institute of Drama, served in several international teaching positions, and is currently a Vivian G. Prins Scholar at NYU’s Department of Drama, teaching Syrian theater and film, and directing plays with ETW/Tisch School of Arts. In this SAR Spotlight, Naila discusses her life under the Assad regime, the importance of civil disobedience, and the role of theater in affecting social change.

How did you first become a target of the Syrian security apparatus?

It is a long story that starts back in 1978. I was first interrogated by them at the very moment of my arrival at the Damascus airport when coming back from Sofia, Bulgaria after finishing my study there. The interrogation lasted a few hours on the grounds of my participation in a demonstration with other Syrian and Lebanese students protesting against the 1976 Syrian invasion of Lebanon in front of the Syrian embassy. From that day on, it seemed I was put under the surveillance of the security apparatus, which had been given sweeping power since 1963 with the advent of the Baath Party.

How did the regime’s surveillance affect your position as a rising academic and professor of theater?

My second run-in with security forces happened when agents came for one of my students at the Syrian High Institute of Drama for “anti-government activities.” I refused to turn him over. I asked them to leave the Institute, because it is a sanctuary.  I believe the institute itself has sanctity that should not be violated.

After that, my interrogation mostly revolved around my relationship with the students. I was always accused of encouraging the students to speak their minds and to stand for their attitudes and convictions. To nourish inside them critical thinking, all of which oppose radically the government’s official narrative!

It is interesting to note that after a series of different interrogations you come to a realization that their goal is not to get information from you, but rather to make you conscious all the time of their existence, of their control and to let you feel this control all the time with every step you take. That is how they turn the people into submissive ones. That is how they silence them. By instilling fear in them.

During the detainment and questioning that followed, it was then I knew how closely I was being watched. In this case you have one of two choices: either to submit to their demands and turn yourself into a mouth piece and propagandist or keep confronting, opposing their regulations and, in this case, you risk your career or you lose your job as it happened with me when I was dismissed from my job in 2001.

How did you manage living under surveillance at home?

Being constantly watched could be terrifying, surreal, and frustrating. For example, I could always hear the loud buzzing and clicking noises of a wiretap when I was on the phone. At one point I yelled into the phone, begging the agents listening to update their equipment. I was tired of struggling to hear my son on the other end of the line.

Why did you decide to finally flee Syria?

In June 2011, three months into the Syrian uprising, I came home to Syria from Cape Town where I was teaching at the University of Cape Town. From the escalation of the Assad regime’s assault against Syrian pro-democratic protesters to the arming of a once peaceful resistance movement on account of the Assad regime’s harsh tactics, the margin for working actively in the resistance movement became narrower and narrower. However, I along with other fellow Syrians succeeded in initiating volunteer relief groups with the aim of providing support to the displaced and those directly affected by the events.

We tried to focus particularly on providing for the children whose schools were either destroyed or turned into detention centers.  It’s needless to say how huge the challenges that we faced were—it was particularly difficult to keep this activity far from the spying eye of the security apparatus.  This work, besides a long history of oppositional political attitudes towards the regime, exposed me to a direct threat.

How did you learn about SAR?

Actually, I was introduced to SAR through a colleague at NYU back in 2008.  At the time, I was under house arrest, banned from traveling, and had been dismissed from my university position since 2001. With all these restrictions I was completely paralyzed.

I left the country at the end of August 2012 when I received a job opportunity outside the country through SAR. It wasn’t an easy decision. What does it mean to seek personal safety when everyone else isn’t safe?  I was filled with shame for leaving friends behind.

In my first period of being newly exiled I felt like a jumble of contradictions! SAR is beyond words. When I see the statements other scholars have made about SAR, I want people when they hear such words of praise to really know that SAR has turned these words into a tangible experience for us.

Did you ever consider giving up activism because of the dangers?

I don’t know how to put it. Of course you feel the danger. Of course you get scared. Sometimes there were moments when I trembled for fear, when I heard my heart beating. But in the end, that was my choice. We the people of theater know the feeling of confrontation. You know, I was raised in a family that taught me to do what I believe is right and at the same time to be up for the responsibility and accept the consequence.

What does theater mean to you and how can it affect social change?

Making theater for me is not simply a career or a profession, but a way of being in the world—an art that’s required to ask basic questions. What is theater? What is the truth in theater? As a Syrian living in exile I wake up almost every morning to questions ranging from “What am I here to do?” to “Is what I’m doing contributing in one way or another to the just cause of my people?”

I’m not very sure to what extent theater can make direct changes, but I’m pretty sure that theater inspires critical thinking. Hence it opens possibilities for asking the questions that should be asked. We, Syrians, now are in need more than any time in the past to ask the right questions. In theater, having the spectators unified in a communal context watching the same thing at the same time turns them into a powerful collective crowd that acquires a similar awareness of their conditions. This common consciousness and shared sensibility about their purpose and unity is a powerful vehicle for making change in society in the long run.

What are you currently working on?

I’m working on a script play which I’m going to direct with the students of the drama department at The New School for the fall semester. I also will teach a course on Syrian Theater and Film for the fall semester in the Drama Department of Tisch/NYU and a course on Arab Theater and Film at the Middle Eastern and Islamic Studies at NYU and at SUNY Purchase for the spring semester.

A Future for Syria's Scholars

The crisis in Syria continues and deepens, and a record numbers of threatened Syrian scholars, students and intellectuals are reaching out to Scholars at Risk for help. 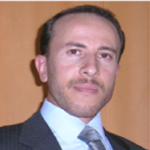 “I dream everyday of returning to my homeland, […] a homeland that respects minds and thinkers…” 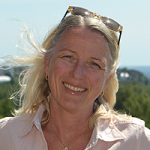 "Especially in these extraordinary times, it is ever more important to defend the core values of higher education all over the world."