After completing her Ph.D. in Analytical Chemistry in France, Hanadi Ibrahim was eager to return to Syria and contribute her expertise to her home country.

During her studies, Hanadi was researching various methods to effectively detect and analyze phospholipids and was working to characterize physicochemical properties of potential drugs for cancer treatment. Notably, she gained expertise in high-performance liquid chromatography and fluorescence spectroscopy and hoped to use such techniques for the early and accurate diagnosis of several diseases and follow up treatment. 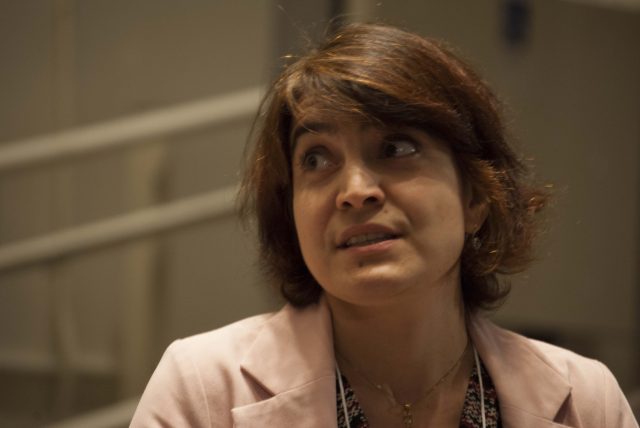 Dr. Hanadi Ibrahim is a scholar of analytical chemistry

When she returned in February 2011, however,—a month before the start of the Syrian conflict—Hanadi could not have predicted that Syria was on the brink of a 7-year conflict that is still ongoing today, nor how it would have impacted her personal and professional trajectory.

“People were calling for demonstrations,” she said. “[We] didn’t know what would happen . . . because the regime was very violent. But the young generation was more courageous and started these movements.”

Non-violent organizations such as the Pacifist Movement were trying to help the population express its opinions in order to breach the wall of fear and increase participation in shaping the country’s destiny. Hanadi admired the creativity and aspirations of young activists, but she had only ever identified as an academic, not as an activist. That began to change when she observed the injustice and persecution inflicted on friends, family members, and people around her.

“I couldn’t stay silent,” she remembers. “Academics were somewhat privileged by the regime [at the time] because they wanted to keep some sections of society on their side.”

Despite the dangers, Hanadi decided to use her position as a professor to bolster her activism. “Being a witness of the cruel oppression of the Syrian authorities during the unfolding events in 2011, I took a solid and uncompromising position calling for the respect of human rights and primacy of the law which had been breached by security forces.”

Hanadi joined the Pacifist Movement and, with fellow activists, released a video in which she invited faculty, professors, and staff to join a general strike and participate in civil disobedience. She hoped that academics could use their influence to stop the violence.

As a precaution, when the video was released in December 2011, Hanadi and her husband relocated to France for what they assumed would be a short period of time—and what we now know was the last time she was in Syria. Reflecting on her activism, Hanadi shared that she “didn’t feel courageous enough to stay . . . I didn’t want to go to prison, [but] I chose this activism because it’s important.”

Even while outside the country, Hanadi continued to suffer the consequences of speaking up for so many who were unable to. She states, “I was accused of treason and qualified as a traitor . . . our apartment in Damascus was seized as punishment, and the security services stepped up investigations on me.”

Did she ever consider stopping her activism? “Never . . . When people are dying, what kind of egotism would that entail that you keep quiet and only think of your career?”

Hanadi reflects on this period and recognizes how lucky she was to have been able to leave Syria at all. “It was by coincidence . . . because I still had a student visa for France through 2011,” she shares. Had she and her colleagues at the Pacifist Movement released their video a few months later, she may not have been granted a visa to a second country—a barrier imposed on many Syrians today. Hanadi and her husband later claimed asylum in France and applied for immigration status to Canada. They wanted to explore any and all options for security while observing the conflict raging in Syria from afar.

By the time she was granted asylum in France in May 2012, her career had been sidelined because of the move. She remembers, “applying for almost 70 jobs…and [receiving] nice responses from employers, but that they always took someone else.” Despite being educated in France, Hanadi did not see opportunities to continue her academic career there. And as her time outside of academia went on, she became even more concerned about her career as a scholar. Hanadi says, “I worked in daycare, bakeries, but my career in academia is very important to me…I [would] not be happy [outside of academia].” So, when she and her husband received their immigration approval to Canada in October 2012, they chose to relocate in search of safety, security, and professional opportunities.

When recalling her first moments in Canada, Hanadi smiles and says, “When you arrive you feel you are at home…It was a very welcoming country. You don’t feel this feeling of being a foreigner.”

In Canada, Hanadi came up against similar academic challenges that she faced in France, and she found it hard to remain optimistic. She applied to numerous jobs, and was informed on many occasions that she “wouldn’t be able to work in academia in Canada because of the gaps in [her] work.” “I didn’t publish, and I didn’t research [for years]. At that time, I applied for Scholars at Risk,” she recalls. Hanadi knew that her struggle to re-engage with academia was not due to her academic expertise, but rather the fact that she had been out of the field for years, for circumstances outside of her control. “I needed help from people who would understand my situation,” she recalls.

In 2015, Hanadi was offered a position to continue her research at Western University—a SAR Canada member. After receiving an offer letter, Hanadi recalls, “I was so happy because it gave me a small light…Until [then], I didn’t have stability.” Still, the path forward wasn’t easy. “That was the first time I was in a real English environment . . . Prior to that, I was mostly in French, Arabic-speaking environments.” She credits her colleagues for her ability to adapt to the language, noting that they encouraged her to “just speak.”

While overcoming the language hurdles, Hanadi loved being back in the lab to conduct her research and contribute to the field once again. She was studying and developing methods using MALDI-Mass spectrometry to detect lipid changes in brain tissue as they relate to memory and learning, as well as their association with disorders such as Parkinson’s and Alzheimer’s. “I learned a new technique, I proposed a new idea, and was able to publish . . . The opportunity at Western gave me back my confidence.” 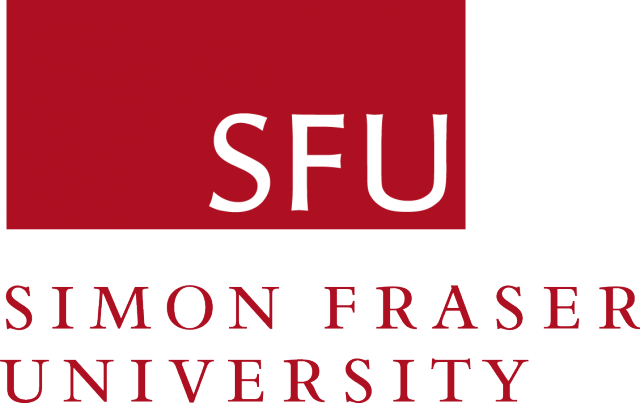 Today, Hanadi is undertaking her second academic position within the SAR network at Simon Fraser University in Canada. When asked whether it feels different than when she first began working in Canada, she says “I feel more confident and stronger in English. I can focus on my work . . . and the most important thing that I have now is opportunity and I am working with great and dedicated people.” Hanadi is currently researching new catalytic properties of DNA. For now, she plans to continue researching and publishing in Canada but hopes to one day go back and participate in Syrian academia.

And for those in a similar position as she was, Hanadi shares, “Stay active, knock on doors, sometimes ask for help. There are wonderful people who are trying to help . . . and I hope to pay it forward.”

If you would like to host a scholar or share resources to help scholars adjust to new academic environments in safety, please reach out to apply.scholarsatrisk@nyu.edu