Scholars at Risk, together with Academic Refuge* project partners the University of Oslo, UNICA – Network of Universities from the Capitals of Europe, and the University of Ljubljana, created a free massive open online course (MOOC) on academic freedom. The course, “Dangerous Questions: Why Academic Freedom Matters,” explored what academic freedom is, and why it matters not only to scholars but to all of society. Learners from more than 120 countries enrolled in the course.

Dr. Olga Hünler, a scholar of clinical psychology and a Philipp Schwartz Initiative Fellow of the University of Bremen in Germany, joins SAR Executive Director, Robert Quinn, as a lead educator for the course, which features interactive quizzes, discussion forums, animations, and video lectures. Together, Mr. Quinn and Dr. Hünler guide learners as they develop proactive strategies for promoting academic freedom and related values on campus.

In this SAR spotlight, Dr. Hünler discusses her work on the MOOC, her personal experience with threats to academic freedom, and what she hopes learners will gain from the course.

What drew you to work on “Dangerous Questions: Why Academic Freedom Matters?”

Unfortunately, today academic freedom is restrained even in the most democratic countries. Authoritarian regimes target intellectuals and academics whenever they refuse to comply with their demands. When academics do not compromise in upholding academic values, they are faced with threats, harassment, unemployment, and sometimes even imprisonment and exile. 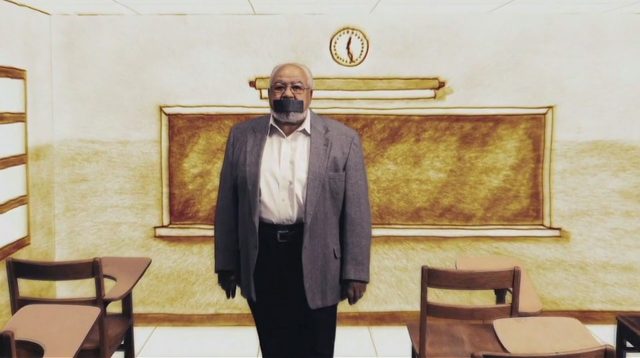 As one of the 1128 academics who signed the petition titled “We Shall Not Be Party to This Crime,” also known as the Peace Petition, I have also been a target of an authoritarian regime in Turkey. Since 2016, many signatory academics have faced abuses and violations of their civil rights, lost their jobs, have been banned from international travel, and been charged with terrorism propaganda. Not only the petitioners, but all oppositional academics and researchers are encountering oppression and censorship in recent years.  I strongly believe that we – as scholars – should use every opportunity to promote the idea of academic freedom and to insist on its protection everywhere in the world.

What do you think is the value of the massive open online course (MOOC) format when discussing this topic in particular?

The open, online and free format of the course gives many people an opportunity to participate, including those who are curious about definitions of academic freedom and scholars and students who may be facing risks for exercising their right to academic freedom. The content of the course is easy to follow for people from diverse backgrounds. The MOOC format gives us an opportunity to reach anyone who is interested in issues of higher education, academic freedom, freedom of expression, and related academic values.

In addition, the interactive infrastructure of the program makes discussing the topics possible. Participants can ask questions, bring their own contributions, and give examples from their own experiences. We have an opportunity to learn from each other, which is much better than a one-sided information flow.

Who do you hope signs up for the course, and what do you hope participants take away from it?

Even though the course is mainly designed for students and staff in higher education, I hope anyone who is interested in higher education values, the importance of free and open research and teaching will participate as well. For example, journalists, employees and volunteers of NGOs, and policymakers are warmly welcomed.

In working on the MOOC, did the content and discussions you had developing the material reframe the way you thought about the topic? Was there anything that surprised you?

In general, when we talk about academic freedom, we use a specific definition. But when we were developing the MOOC material, I was surprised by the complexity of the concept, the various ways in which academic freedom is restricted, and the difficulties of operationalization. 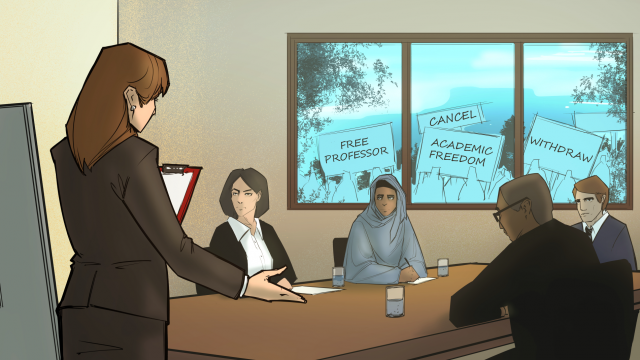 Furthermore, when I realized how difficult it is to measure academic freedom based on objective criteria, I was really astonished. The types of threats to academic freedom and negative consequences of asking dangerous questions might take various forms. The authorities who can restrict academic freedom are varied and include the state, the higher education community itself, such as a rector of the university or the board of trustees, etc., and civil society. Some might take direct measures to suppress the exercise of academic freedom, such as wrongful detentions, lawsuits, travel bans or budget cuts, but in some cases, academics or researchers may impose self-censorship in order to avoid exposing themselves to any potentially harmful consequences.

Beyond the MOOC, what other projects are you currently working on?

At the moment, there are several projects that I am working on. My post-doc research is on the construction of masculinity among young men with an immigration background. In addition, we have an ongoing project on post-coup psychology education in Turkey as well as an interdisciplinary research seminar titled “Academics on the Move: Notions of Exile, Re-Migration and Translocal Solidarity.” In addition, I continue to teach my seminar on “Masculinities” at Bremen University.

*The Academic Refuge project aims to improve the capacity of European universities to assist refugees and threatened academics on campus and to promote understanding and respect for higher education values. Partners include the University of Oslo, the UNICA network, the University of Ljubljana and Scholars at Risk. The European University Association (EUA), the European Association of International Education (EAIE), Al-Fanar Media, and University World News are associate partners on the project.