By Emily Seymour, Index on Censorship 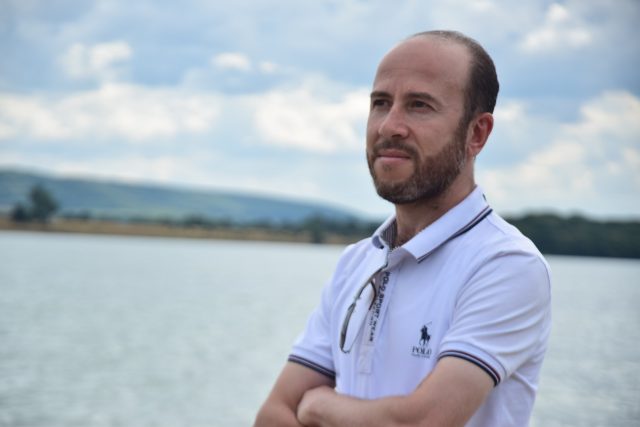 “We in Syria were living in a big prison, without freedom, without good education, without good quality of life, without any desire of development,” says Dr. Kassem Alsayed Mahmoud, a food science and agricultural engineering researcher. “We have in Syria only five universities while we have more than 200 prisons.”

In 2009, Alsayed Mahmoud returned home to Syria after getting his masters and doctorate degree in France. He began working at Al-Furat University, where he quickly encountered the multitude of issues that academics in Syria face. In his experience as a professor and researcher in Syria, there is a serious lack of resources, experience and research freedom, in addition to issues of bureaucracy and corruption that all combine to create an environment that discourages and prevents academic freedom.

Despite his position as a professor at Al-Furat University and his age at the time, 37, he was forced into the one year of military service that is compulsory for Syrian citizens. He entered the military at the end of 2010 but was kept past his one-year mandatory service for an undetermined amount of time. By the end of 2012, Alsayed Mahmoud decided to defect from the military and leave Syria.

From there, Alsayed Mahmoud made his way to Turkey with the help of rebels, and then Qatar, where he remained for a year, before Scholars at Risk helped him obtain a research position in a lab at the Ghent University in Belgium. This position served as a starting point from which Alsayed Mahmoud then moved to a research position at the Universite Libre de Bruxelles, where he worked on the valorisation of bioorganic wastes from the food industry, to see if food waste could be converted into something more useful like energy, other chemicals or materials that could be helpful in manufacturing processes.

In August 2018 Alsayed Mahmoud moved back to France because of his French refugee status, where he is still searching for a job in his field.

Although he describes the higher education system in Syria as a “tragedy” and “disaster”, he still hopes to return to Syria and pursue academic research in order to help rebuild the country.

“For me, I hope very soon to be a free human living in the free Syria,” says Alsayed Mahmoud. “I hope that one day I, and all, Syrian academics could come back home and do our research with freedom as all our colleagues in Europe and developed countries do.”

Dr. Alsayed Mahmoud spoke to Emily Seymour, an undergraduate student of journalism at American University, for Index on Censorship.

Index: What are your hopes for Syria and yourself?

Alsayed Mahmoud: To stop the war in Syria as soon as possible. We need to change the dictatorial regime and clean the country of all occupation and terrorist forces. I want to go back to Syria to continue my work at a university and participate in building our country.  I hope that Syria can establish the principles of freedom; and change the constitution to guarantee that no dictator could stay in power for a long time. For me, I hope very soon to be a free human living in the free Syria.

Index: How have you changed in since leaving Syria?

Alsayed Mahmoud: Since leaving Syria seven years ago, I feel that I have been living with an artificial heart. Despite having found a safe place, the help of people and governments in Europe, I still need to breathe the air of Syria, to meet my friends and loved ones, and be proud to develop the country. Seven years is long enough to know that some people who should represent humanity are the cause of disasters because they do not care about other people or about the next generations. These are the people in power who are destroying the earth by making decisions out of only self-interest, waging wars, polluting the earth and increasing hate speech and racism.

Index: Did going to France for your education impact how you viewed Syria when you returned? If so, in what way?

Alsayed Mahmoud: We in Syria were living in a big prison, without freedom, educational opportunities or a good quality of life. There was no desire to develop the country, which has been under a dictatorial regime and one-party rule since 1970. In Syria, we have only five universities but we have more than 200 prisons. When I returned to Syria, I tried to apply what I learned in France, but unfortunately, they forced me to do the mandatory military service in December 2010, despite my professorial position at a university and my age (37 years).

Index: How did the revolution impact higher education in Syria?

Alsayed Mahmoud: Before the revolution, higher education was not in a good situation. There was a lack of materials, a lack of good academics and staff due to the fact that most got their PhDs from Russia and came back without any experience. Very few research papers from Syria were published in the international reviews. There was no academic freedom because many projects were refused by the secret service because they thought the research would interfere with the security of the country. Most university students and staff, especially males, were killed, arrested, tortured, left the country or were forced into the war. You had no choice if you stayed: kill or be killed. Three of five Syrian universities are out of service or displaced to another city. There is also a lack of academics, staff, materials and even students. There is no higher education system in Syria now. It’s a tragedy and disaster.

The revolution also started at universities, because students and researchers believed that the future of the country was in danger. We knew that the situation of higher education in Syria is the worst it’s been since 1970, but we believed that the development of any country is based on research and higher education. The situation now is the result of about 50 years of dictatorship, and the revolution was the right step to start a new life in Syria. We need only some time without any terrorism or occupation to create a free and well educated new generation to build what the terrorist occupations destroyed.

Index: What was it about your experience in the army that prompted you to defect and leave the country?

Alsayed Mahmoud: Before I was forced to do the mandatory service, I was completely against the dictatorial regime and I hoped that one day I could feel free to say and do what I want in Syria.

I suffered a lot when I was in the army, we were forced to obey the stupid orders of the officers who could humiliate you if they knew that you have already finished your PhD in Europe or in a developed country and came back to Syria. As the revolution started in March 2011, they prevented us from seeing what was going on outside the military camps, they did not give us our freedom even when we finished our one-year service and kept us for an indefinite amount of time. From the first day of the revolution, I had decided to defect, but out of fear for my family, I stayed until they were safe. I defected because I am against this dictatorial regime and the army that killed civilians and innocent children, and destroyed the country only because Syrians wanted to be free.

Index: What does your current research focus on?

Alsayed Mahmoud: I returned to France in August 2018 after three years in Belgium because I have French refugee status, but I am still looking for a job in my field. My previous research focused on the valorisation of bioorganic wastes from the food industry. The goal was to give more value to food waste by producing high valued products like lactic acid, which is often used in different domains like food and pharmacy. We developed a fermentation mechanism for lactic acid production in order to valorise potato effluents, which are generated from potato processes.

Index: How has the support of organisations like Scholars at Risk (SAR) been important in your journey as an academic?

Alsayed Mahmoud: Scholars at Risk has had a very important impact on my career. Since I left Syria, I looked for help to find a safe place to continue my work as a researcher. SAR was the most helpful organisation in my case because they could help me to find a host lab — the Laboratory of Food Technology and Engineering — with a grant at Ghent University in Belgium. This was the first step to then find another two year grant at the 3BIO lab in the Universite Libre de Bruxelles in Brussels, where I worked on the valorisation of bioorganic wastes from the food industry. SAR has always been supportive, even after I finished my first year at Ghent University.

Index: Why do you believe academic freedom is important?

Alsayed Mahmoud: Academic freedom is one of the most important pillars for the development of any country. Academics are often leaders that nurture the success of a country. If they are not free to think, criticise and research, they will not be able to help foster development.

Index: In your experience, what has been the difference between the three different academic settings that you’ve been in, in Syria, France and now Belgium?

Alsayed Mahmoud: I could not find a big difference between France and Belgium, but I believe that the academic situation in Syria is very far from being as good as in Europe. In my experience, academic freedom in Syria is one of the worst in the world. Academic freedom is a more important ideal in France and Belgium. The influence of power on the research in Europe is mostly positive and academia and governments often work together to develop the country. In Syria power is really against research and development despite paying lip service to it in the media. The freedom of research is the key to development here in Europe, while in Syria research is controlled by the regime and Assad’s secret services. Generally, there is a very big budget for research here in Europe, while in Syria we have just a drop of that budget, which is also often stolen before reaching us or used for bad purposes. The staff in Syria was mostly educated in Russia and other countries that have low education levels.

The number of universities is a sign of a healthy education system in France and Belgium, while in Syria we have only five universities but more than 200 prisons. You can generally get what you need to carry out your research in Europe without any big financial or political problems, but in Syria, researchers are very limited by materials and budgets. The freedom of mobility to any country for the purposes of attending a scientific event is not a big issue here in Europe, while as a Syrian researcher you are limited by visa and political problems. I hope that one day I, and all Syrian academics, can return home and do our research in freedom — as all our colleagues in Europe and developed countries do — and be proud to be a Syrian researcher.

This article was created in partnership with Index on Censorship, a nonprofit that campaigns for and defends free expression worldwide. Index publishes work by censored writers and artists, promotes debate, and monitors threats to free speech.