By Lauren Savage, Index on Censorship 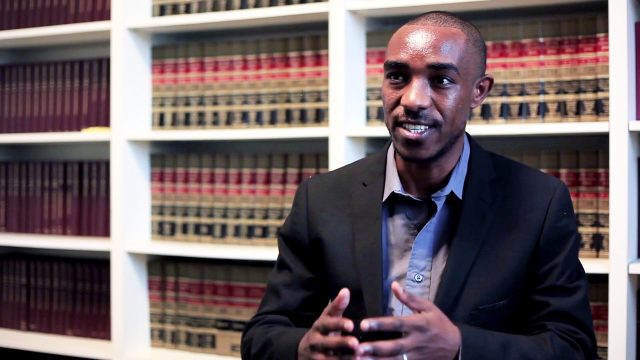 Ethiopian blogger and academic, Zelalem Kibret, was raised in a country where living in silence or speaking your mind was often a choice between life and death.

“Political prisoners have been released but the academic conditions are getting worse and universities are shutting down” says Zelalem, a Scholar-in-Residence at the Centre of Human Rights and Legal Pluralism at Canada’s McGill University. “Students are being killed.”

In May 2005, the Ethiopian general election and its bloody aftermath resulted in the purging of hundreds of journalists and opposition leaders. It was this political phenomenon and its snowballing effect that led Zelalem and his colleagues to create Zone 9, a blogging network that campaigned for human rights, freedom of speech and shared ideas and hopes for Ethiopia that challenged the status quo, on May 2012.

But, in April 2014, Zelalem was arrested and charged with a crime of “outrage against the institution and the constitutional order”. He was detained, interrogated, and tortured for three months in the infamous Maekelawi Prison before being transferred to Qilinto Prison, where he was held until July 2015.

After his release, Zelalem was fortunate to participate in the African Leadership Initiative fellowship sponsored by then-US president Barack Obama, which allowed him to study at The University of Virginia. He then took part in a research fellow the Centre of Human Rights and Global Justice at New York University and became a visiting fellow at Harvard. Now at McGill, Zelalem is researching intergovernmental relationship, new social movements and liberation technologies, post-conflict Africa, and the role of individuals in international law.

Since the appointment of new prime minister Abiy Ahmed in April 2018 Ethiopia has undergone a series of reforms, including the release of some political prisoners, journalists and activists from custody. Not long after, the government announced Maekelawi Prison, where Zelalem and many others were tortured, would be closed. Abiy has made a dramatic effort to support the democratic transition for the African state by announcing plans to institute term limits for prime ministers, encouraging exiled opposition politicians to return home and proposing an end to government monopolies in key economic sectors.

Though the developments are promising, there are still causes for concern

“The political sphere is somehow liberalised and it’s somehow good but structurally and institutionally, laws that are used to suppress freedom of expression are still there.”

Zelalem spoke to Lauren Savage, an MA journalism student at the University of Sheffield, for Index on Censorship.

Index: What makes you such an avid supporter of freedom of expression?

Zelalem Kibret: Since 2005 I have been involved in several projects and in many journalistic areas. I personally cherish freedom of expression and freedom of speech because it directly involves me. While in Ethiopia I personally had many experiences of repression and suppression. So I am very interested to fight for my own personal rights.

Index: How did you go about setting up Zone 9 and what drove you to do this?

Zelalem: Zone 9 was a network of like-minded young Ethiopians who met on Facebook. One day in May 2012 one of our friends asked us to visit a political prisoner, a journalist actually. She has now been released and is living in the US. After we visited her, we discussed about collaborating with each other and making a collective. Each of us had our personal blogs and by creating Zone 9 we made our blogging capacity more approachable. It was something we made on Facebook, it was a very informal organisation, we didn’t talk about it before and then suddenly it happened.

Index: Why was zone 9 perceived as such a threat to the government?

Zelalem: When we created Zone 9 one of our main goals was to fill a gap—since the May 2005 election, many journalists in Ethiopia were killed and I am pretty sure there were no political journalists in Ethiopia that were actively criticising the Ethiopian government during the time of 2011 and 2012. We tried to fill that gap and the government was not happy with our decision. We were campaigning on human rights, we were writing critical articles, and writing many memos about the treatment of political prisoners. We were also writing memos on different types of rights—political, economic and social. I think it was very critical and that is why the government was upset about our group.

Index: What was your experience of being arrested and imprisoned? What were your charges and what led to your release?

Zelalem: For the first three months we were accused of “outrage against the institution and the constitutional order”. The government was accusing us of collaborating with western human rights and other types of powerful organisations to overthrow the Ethiopian government. That was the first and primary charge especially during early interrogations. After three months of interrogation we were also charged with terrorism.

For me it was a mixed experience, yes prison is bad and there was torture, especially in the first three months during the interrogations. It was very tough for all of us, but once they established the charge and the case against us, we were transferred to another remand centre. It was quite an experience for me to see and interact with other political prisoners. There were hundreds of them imprisoned with me and other colleagues. It was somehow a good experience to see what it looked like, to be inside the real Ethiopia. Prison is bad and very restrictive, as we know, especially Ethiopian prisons, which are highly overcrowded and dilapidated. The prison conditions are very terrible, there is a lack of service, water and electricity that made it difficult.

I was released in July 2015. We were waiting for another trial in 10 days when a police officer came to our compound and they called my name and the name of a friend of mine. Out of the nine, five of us got released on 8 July 2015 and they told us that the charges against us were dropped and withdrawn by the public prosecutor. They didn’t tell us why four of our friends remained in jail but five of us were released suddenly with no reason. Finally, we found out that president Barack Obama was to visit Ethiopia in ten days time and we heard that the US Embassy in Ethiopia and the US government was pushing the Ethiopian government against the charges on us. I believe it was like a kind of welcoming gift to the president.

Index: What were the challenges of adjusting to a new life in America?

Zelalem: I directly came from an academic background but it’s a very different academic curriculum and environment. So, acclimating to this new context was the first challenge that I faced. When you are a researcher and academic who focuses on topics like Ethiopia, being in Ethiopian is a major asset. However, I’m 15,000 kilometres away from Ethiopia and contextualising myself to what is happening there presently is another challenge that I face, as well as it being a very different environment generally. Otherwise, academics and many good friends have made my settlement and time in the US very easy.

Index: You have been studying liberation technology, why is technology so important for freedom of expression?

Zelalem: Last year I was at Harvard at the Hutchins Centre for African and American Research and my major research topic was liberation technology and new social movements in present day sub-Saharan Africa. I was focusing on a protest movement and how new tools such as social media are enabling young people and the general populace to organise protests and facing security and the government. Freedom of expression is an individual right but it also needs to be protected by groups, it needs campaigns and movement for security to protect it. Individually you can’t get what you want unless you fight with other like-minded citizens for rights like freedom of expression, so these tools are making this networking easier. I am a living witness for that, if it wasn’t for these new technologies I might not have known my friends at Zone 9 or many other activists all over the continent in Africa. To secure, as well as to protect these technologies is important and fundamental to enable us in the present day. At the same time governments are using these tools to spy on their on citizens, it’s a trade off, there are some pros and cons with technology, it’s a natural consequence. But it’s a very important thing too.

Index: Has your relationship to journalism changed since the Zone 9 blog?

Zelalem: Yes of course! I took some training and I try to make my work more formal and professional since we established Zone 9. I personally used to blog and write on many topics, but it was just a personal thing and I could write whatever I wanted. But since we started Zone 9, my work started becoming more professional. So I think it changed a lot.

Index: What are your thoughts of freedom of expression in Ethiopia now in 2018? Do you believe it has improved?

Zelalem: The political sphere is somehow liberalised and it’s somehow good but, still structurally and institutionally, those laws used to suppress freedom of expression, those institutions that are being controlled by the government to suppress freedom of expression and to jail journalists are still in place. So even if the spirit is good, the repressive tools are still there and at any time the government can back pedal to the past. I am cautiously optimistic, there have been some optimistic stories, there have been some new openings but especially institution wise we keep stepping back and we need to step forward I believe.

Index: What advice would you give to journalists in Ethiopia today?

Zelalem: There are a lot of things to give but mainly to be professional in their work is the most important thing. Journalism is currently used as an attacking tool, by one group against another maybe by the government against the opposition or some ethnic interests against another the interest of a perceived enemy ethnic group. If I have to offer some advice, first and foremost, it’s professionalism. I wish that Ethiopian journalists will adhere to this very important virtue.

This article was created in partnership with Index on Censorship, a nonprofit that campaigns for and defends free expression worldwide. Index publishes work by censored writers and artists, promotes debate, and monitors threats to free speech.