I write regarding the new U.S. administration’s executive order on immigration and its effects on our work and the scholars we serve.

As I wrote to you in November, it is important to remember during times of uncertainty that our core mission and essence remain the same: Scholars at Risk is an international community not aligned with any particular state but rooted in international human rights and higher education principles. Our protection, advocacy, and learning (aka ‘values-promotion’) activities are premised on the view that academic freedom and related higher education values are applicable to all higher education communities. We stand ready to work with state, higher education, and civil society stakeholders everywhere to promote these values and especially to protect threatened scholars.

With that in mind, we invite you to read SAR’s current responses to the executive order in each area of our work, along with opportunities for action.

We also invite you to share with the SAR office any actions you or your institution may have taken, or any you would recommend for us to consider.

As ever, we remain deeply grateful to you and all SAR member institutions, partners, and donors for your continuing participation and support. It is an honor and privilege to be part of such an active and caring community.

SAR Responses to the Executive Order

Below are Scholars at Risk’s (SAR) responses to the recent U.S. executive order on immigration (as of Feb. 1, 2017).  SAR invites network members, partners, and friends to share with the office any actions they may have taken or any recommendations for further actions by emailing scholarsatrisk@nyu.edu. 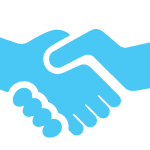 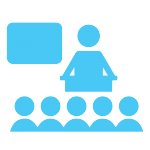 Through stories told by courageous scholars, campus communities and associations discuss the importance and fragility of academic freedom around the world.